Every year on April 2, World Autism Awareness Day is observed. The international observation encourages measures to raise awareness about people who have Autism Spectrum Disorder all around the world. Autism, also known as Autism Spectrum Disorder (ASD), is often characterised with issues faced with "social skills, repetitive behaviours, speech and nonverbal communication" 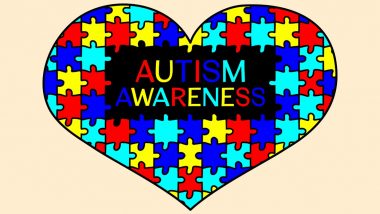 Every year on April 2, World Autism Awareness Day is observed. The international observation encourages measures to raise awareness about people who have Autism Spectrum Disorder all around the world. Autism, also known as Autism Spectrum Disorder (ASD), is often characterised with issues faced with "social skills, repetitive behaviours, speech and nonverbal communication". It is a broad range of conditions and as per CDC about 1 in every 54 children is diagnosed with an autism spectrum disorder (ASD). Severity of Autism Symptoms Varies Greatly Among Identical Twins: Study.

However, despite several efforts, awareness of the disorder is low. People who have Autism often require extra care from the others and lack of awareness or knowledge about the health condition, makes it difficult to be able to help them. Did you know that boys are four times more likely to be diagnosed with autism than girls? Take a look at some of the most frequently asked questions about Autism Spectrum Disorder (ASD):

What Are The 3 Main Characteristics of Autism?

Issues with social interaction and understanding.

They might exhibit under or overreaction to one or more of the five senses aka sight, touch, taste, smell, or hearing.

They might indulge in repeated actions or body movements.

What is Autism Caused By?

The one cause of autism hasn't been pin pointed yet.  But it has been said that the abnormalities in brain structure or function causes autism. They can be gestational as well. Brain scans have revealed that the structure of the brain in children with autism is different when compared to the rest. Autistic Pride Day: Everything About the Day That Celebrates Autistics.

What Are the 3 Types of Autism?

The three most common forms of autism in the pre-2013 classification system are Autistic Disorder—or classic autism; Asperger's Syndrome; and Pervasive Developmental Disorder – Not Otherwise Specified (PDD-NOS). The symptoms of these disorders are similar however the severity may differ.

Can Autism Go Away?

Unfortunately, no cure for autism has been know yet. However, various research have analysed whether autism goes away or the symptoms are mellowed in time.  Whether via therapy or age factors in or not.

At What Age is Autism Usually Noticed?

A child may show the behavioural symptoms of autism spectrum disorder (ASD) early in the  developmental age. Many children show symptoms of autism by 12 months to 18 months. Some with milder symptoms may even take 2 years to be recognised.

Can Watching TV Cause Autism?

While we cannot say whether watching TV causes autism but it has been studied in the past. It has been said that too much TV time for toddlers may trigger autism, according to a study by Cornell business professors but may not be the cause of the disorder per se.

Is Autism a Disability?

No, autism spectrum disorder (ASD) isn't a learning disability but a disorder. Yes, it does affect the abilities to learn but But kids who have autism are often eligible for special education services.

(The above story first appeared on LatestLY on Apr 02, 2020 08:00 AM IST. For more news and updates on politics, world, sports, entertainment and lifestyle, log on to our website latestly.com).