Amitabh Bachchan Reveals He's Surviving on 25% of His Liver; Here's How You Can Live on a Quarter of Your Liver 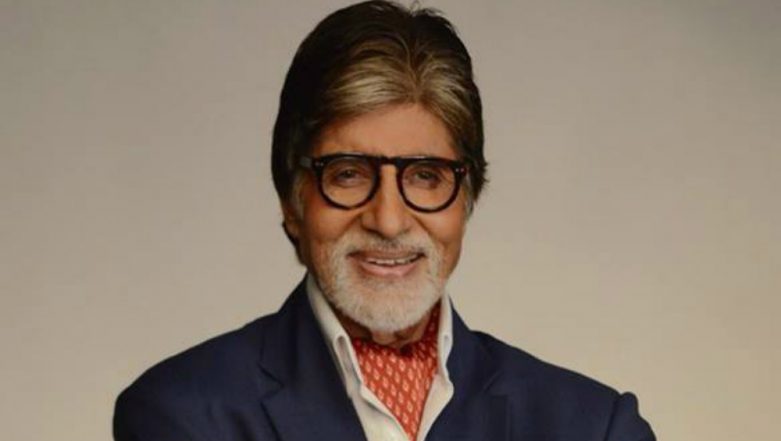 Amitabh Bachchan recently revealed that 75 percent of his liver is damaged and he is surviving on the remaining 25 percent of the organ. The Bollywood megastar has earlier survived conditions such as tuberculosis and Hepatitis B. It all began when Amitabh Bachchan suffered serious injuries on the sets of Coolie and required about 60 units of blood. He revealed in the year 2015, in an awareness video by UNICEF that his liver was damaged by one of the units of blood, he was given, which was Hepatitis B-infected. Such infection is known to cause scarring of the organ, liver failure, and even cancer if not treated on time. However, in Amitabh Bachchan's case, he said that until eight years ago, he didn't know he was suffering from tuberculosis and calls timely diagnosis equivalent to "cure". Amitabh Bachchan Living with Hepatitis B: What are the Causes, Symptoms and Treatment of the Viral Disease?

"I keep quoting my personal example all the time and try and propagate the idea of getting yourself detected. I don't mind saying this publicly. I am a tuberculosis survivor, Hepatitis B survivor... Bad blood infusion went in and 75 percent of my liver is gone but because I was able to detect it, even after a period of 20 years when 75 percent of my liver is gone, I am still surviving on 25 percent," the actor was quoted by IANS as saying. Amitabh Bachchan: ‘I Did Not Know for Almost 8 Years I Was Suffering from Tuberculosis’.

However, as scary as it may sound, is it possible to lead a healthy life with just 25 percent of your liver? What are the complications that one may face having 75 percent of this vital organ that detoxifies chemicals and metabolises drugs, damaged? Let's discuss.

Can You Survive On 25 Percent Of Your Liver

The liver is one of the most vital organs of your body and its functions include filtering toxins from your blood, producing digestive enzymes called bile, storing vital vitamins and minerals, regulating your hormones and helping your blood clot.  However, even when 50 percent of your liver is damaged, survival is still possible, but with various essential lifestyle changes and compromises.

In a person with liver cirrhosis, the scar tissues gradually replace your healthy liver cells. The degeneration of cells is typically a result of excessive alcohol or hepatitis. You may notice symptoms as minor as fatigue and weakness to indications as major as blood vomiting, jaundice, etc. The partial liver may also make you more prone to fever, cause an enlarged spleen and make your bones fragile.

Women may sometimes stop getting periods. Men could lose their sex drive, start to develop breasts and experience testicle shrinkage.

How Does Hepatic Tuberculosis Affect the Liver?

Liver diseases are one of the major repercussions of hepatic tuberculosis. Sometimes even the treatment with anti-tubercular drugs may cause hepatic injury. Patients with chronic liver disease may develop tuberculosis and require special management problems.

Thankfully, the liver can regenerate itself. It is the only organ that can grow back after a part of it is surgically removed or damaged.  Sometimes it can even grow to its full size and function normally in a few months. However, the regeneration process varies from person to person.