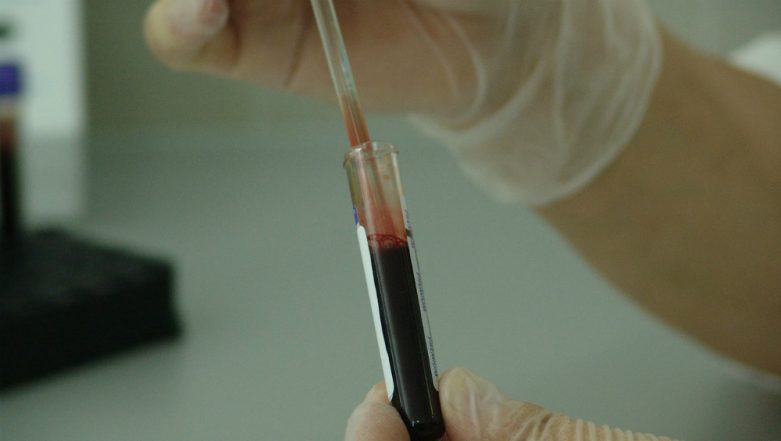 Washington D.C. [USA], January 18: Detecting pancreatic cancer may have gotten a little bit easier. A new approach to pancreatic cancer screening may help doctors detect the disease in people who are at high risk before it reaches more advanced stages and becomes difficult to treat. Weed To Treat Cancer? Cannabis Compound May Increase Lifespan in Patients Suffering Pancreatic Cancer.

A teal led by Van Andel Research Institute (VARI) scientists has developed a new, simple blood test that, when combined with an existing test, detects nearly 70 per cent of pancreatic cancers with a less than 5 per cent false positive rate.

The results of the blinded study were published in Clinical Cancer Research, a journal of the American Association for Cancer Research. Pancreatic cancer is difficult to diagnose because it often does not have any obvious early symptoms. By the time the disease is found, it has advanced, complicating treatments and leading to poorer outcomes.

Only 8.5 percent of people with pancreatic cancer survive past five years, a figure that has risen just slightly since the early 1990s. Speaking about the new approach, Brian Haan, PhD, a VARI professor and the study's senior author said, "Pancreatic cancer is an aggressive disease made even more devastating by its tendency to spread before detection, which is a serious roadblock to successful medical treatment."

Haab further added, "We hope that our new test, when used in conjunction with the currently available test, will help doctors catch and treat pancreatic cancer in high-risk individuals before the disease has spread."

The CA-19 test was developed almost 40 years ago and detects only about 40 per cent of pancreatic cancers. It currently is used to confirm the diagnosis of pancreatic cancer or track disease progression rather than screen for the disease. The improved detection rate offered by the combined use of the sTRA and CA-19-9 tests makes this approach a viable option for screening and early intervention, particularly in people who have a higher risk for developing the disease.

"We believe using these tests in a complementary fashion will help physicians detect pancreatic cancers much sooner in the disease process, which significantly improves a patient's chance for survival," Haab said. "Right now, there are few options for people suspected to have pancreatic cancer. This combined blood test could be a simple, cost-effective way to detect the disease early enough to improve patient outcomes."

Haab and his collaborators plan to partner with clinical laboratories to gain additional real-world validation for their method. If successful as expected, they envision the test becoming widely available as a screening tool for high-risk individuals.