Hunkins videos are gathering so much attention, that he is the fastest-growing influencer on TikTok. 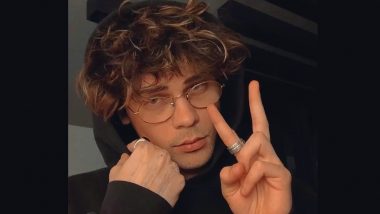 Hunkins videos are gathering so much attention, that he is the fastest-growing influencer on TikTok.

Hunkins started in graphic design and styling for many brands and artists, learning from YouTube as Hunkins went along. Hunkins was blessed to have connections through his brother and cousin who are big names in the LA fashion industry. Hunkins began TikTok at the beginning of 2020 and created viral content which led to friendships and collaborations with some of TikTok's biggest creators.

His skills are constantly developing every single day. Hunkins graphic design skills have led him to some great projects with some big names, and his content creating skills have gone viral.

We no longer need large platforms such as reality shows in a world where you can show people your talent via social media, and all of them to be popular. Now, if you have the talent and the grind, then you're looking to dominate. Every day you get Internet exposure and make you an on-line phenomenon through proper social media marketing.

Such is the case of a young Hunkins, who has become the voice of many after his videos circulated on social networks because of the content in it. It has been the voice of a generation now and not only young people who demand a change but kids want that too. His videos have garnered so much attention in such a short period of time whether he is interviewing strangers or giving compliments to people on Omegle.

Hunkins is easily becoming a household brand. His interview style comedy on Tik Tok is becoming a viral trend that many people admire and even duplicate. He mixes a bit of confidence and fashion in his videos and gives people higher self-esteem thus uplifting them. Not only is his content popular, but he is a genuine soul who is making a difference whether it's telling a girl on Omegle that she is pretty or interviewing someone who didn't necessarily know who they are prior to the questions being asked.

His plan to start a YouTube channel showcasing a day in the life of Hunkins, his journey, his friends, his lifestyle, and more importantly making people's days better.