Kenza Boutrif has the Midas touch – from making waves in the world of modeling to creating milestones as a social media influencer. Here’s chronicling her meteoric rise to fame. Let’s delve. 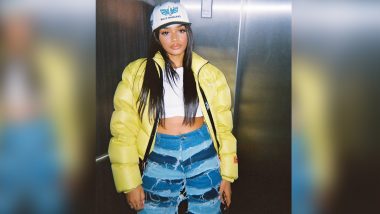 Kenza Boutrif has the Midas touch – from making waves in the world of modeling to creating milestones as a social media influencer. Here’s chronicling her meteoric rise to fame. Let’s delve.

Kenza set foot in the U.K. when she was just six years old. She faced three major challenges in Britain – learning a new language, making new friends, and getting used to a new culture, being from an Algerian and Congolese descent. But these challenges were not bigger than the dreams Kenza harbored. Soon, she overcame all these challenges with her dedication to learning and a relentless spark that no one could ignore. Wherever she went, she never failed to exude her special qualities, and today, after a decade, Kenza Boutrif has become one of London’s most popular and rising influencers – all of this Kenza has managed to accomplish for herself at just 19!

Kenza’s first brush with success was in the world of modeling where she rose to envious heights. This fame put her social media influencer journey on a spurt. She has been the talk of the town for crossing the 700,000-follower milestone on Instagram and becoming the official face of the popular ASOS online fashion store – it’s a stellar piece of accomplishment for someone with just two years of modeling experience so far. Besides, many other popular brands want to tie up with her to showcase their products. This itself speaks volumes about her huge potential and talent. Kenza started her Instagram account when she was just 13 years of age. She credits her meteoric rise to fame to the support and love she has received from her fans. Her fans highly appreciate Kenza’s Instagram content which helps address and upgrade their style, lifestyle, and fashion quotient.

Looks can only bring an influencer so far, but blend it with a cutting-edge fashion sense that Kenza has, and voila! That’s a surefire recipe for success.