P Double - A Music Artist & Entrepreneur Whose Journey Feels Like Reading The Best Verse In A Song!

"If you play music with passion, love and honesty, then it will nourish your soul, heal your wounds and make your life worth living. Music is its own reward," said Sting once. We are blessed with thousands of talented musicians and singers all over the world who made our lives better through their work. P Double is also one of those artists who is making the world a better place with his work. 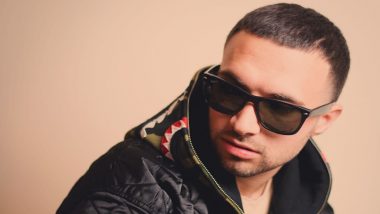 P Double
"If you play music with passion, love and honesty, then it will nourish your soul, heal your wounds and make your life worth living. Music is its own reward," said Sting once. We are blessed with thousands of talented musicians and singers all over the world who made our lives better through their work. P Double is also one of those artists who is making the world a better place with his work.
From a very young age, P Double was surrounded by music. Though coming up in the dance industry, he fell in love with the art form. The artist says, " It was an escape, and an expression of self I had yet to find anywhere else." At the time, touring the nation and appearing on major platforms had given him a sense of confidence and courage to really step into his power.
P works tirelessly day in and day out to achieve his goal of being a world class entertainer. He says, "Channeling the words and the energy of the music through the art of movement was something that came easy to me, it brought me into alignment with who I was at the time and who I’d later work towards becoming." From performing at back yard events with 50 people in attendance to professional sporting arena’s with crowds of 15,000, his appetite for success slowly evolved.
As he grew into his own, his inner creator did as well. It became hard to ignore his growing passion for the art as he felt compelled to nurture this new found muse. Diving head first into the production side, he says, " I was obsessed with obtaining the newest, most popular gear, sourcing professional sound packs, and started curating the musical arrangements used for my dance performances. I became a real student of the game. My years of dancing, studying our performances and analyzing crowd response led me to develop an ear for what “worked” and I was eager to try to produce something of my own. I fell in love with the creative process."
In 2009, P Double released his first song distributed through Tunecore. The song caught a buzz in the local high schools across Staten Island, where he is from, and even turned a profit of around $500. Ever since, from Myspace to now Spotify, the artist has been riding the rollercoaster of the ever changing music industry.
After finishing his high school, P enrolled in the oldest audio recording and production program on the planet, The Institute of Audio Research in New York City. It was a life-changing decision for him as he met his now business partner and Co Founder of Kingsroad Entertainment - Full Effect. In that regard, the artist says, “[Full Effect] extensive knowledge in hip hop and the art form blew my mind instantly. He’s the only person I’ve had invest their time and effort into my development as an artist and a person. Real sweat equity and mentorship. He opened my mind about the history of the genre, songwriting, syllable rhyming, double entendres, and storytelling. It was like rap boot camp.”
Now, 11 projects later and over 300 installments to the P Double catalog, his new single entitled “Paid”- produced by Cxdy, is currently breaking all of his prior stream records. The artist told us that Kingsroad is “just getting warmed up” and has some really incredible things in store for the remainder of the year. The forever journey of leaving his mark on this planet is something people can be inspired by. When we asked him to leave us with words of encouragement for any aspiring artist this is what he had to say "I always tell aspiring artists to do a ton of reflecting, dissecting, and connecting to self. Being familiar with who you are, comfortable in your own skin, and knowing your strengths and weaknesses will be a far greater asset to you than anything. Sprinkle unshakable confidence and a will to work hard with patience on top and you have a recipe for success."
Check out the links to find P Double on Social Media -
Instagram.com/itspdouble
twitter.com/itspdouble
Here is the link hub for Paid to stream on your platform of choice now!
lnkfi.re/paid
Comments
Tags:
Music Artist & Entrepreneur P Double
Comments
You might also like