Creativity is thinking up new things, Innovation is doing new things. That’s the story of Primo Banks who has recently partnered with Silicon Valley-based electric scooter brand Scotsman. The company has already created a buzz for its innovative Superstrata bikes, and will now offer World’s first 3D-printed unibody electric scooters by Arevo. 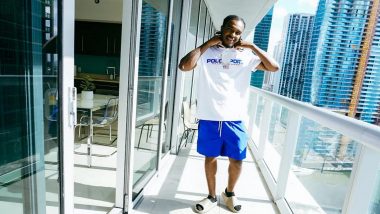 Creativity is thinking up new things, Innovation is doing new things. That’s the story of Primo Banks who has recently partnered with Silicon Valley-based electric scooter brand Scotsman. The company has already created a buzz for its innovative Superstrata bikes, and will now offer World’s first 3D-printed unibody electric scooters by Arevo. American Songwriter, Primo Banks has partnered with the brand for its debut to build yet another 8 figure pre-order campaign project.

Banks further shares that Scotsman scooter will be launched through Indiegogo, a 56.5 million dollar crowdfunding company. Scotsman has a solution to the backorders and international shipping and production delays you may have experienced this past year.

As the world shifts more and more to one where “perception is reality”, someone like Banks can play an incredibly powerful role in building out massively credible music footprints, with an audience to match. Banks’ background illustrates just how passionate and talented he is. Seemingly living on a fasttrack, he’s grown up knowing how to bring eye-catching value to the table while still being attentive to detail.

It is common saying that “Coming events cast their shadows long before” and that the story of Primo Banks. At the small age of sixteen, he started his studio booth out of wood in the basement of his mother’s apartment. His studio immediately became famous and numerous local talents across the city started recording on his microphone.

Opportunity does not always equal execution and many people lack the ability to capitalize on the era of golden opportunities. Banks had a clear thought in his mind that he wouldn’t be just any ordinary rapper. He wanted to become a businessman first and look at him now! He is on the road of success.

Time is of the essence. To be successful, we have to use it wisely. This does not mean we have to put extra hours at work and lessen our time for rest. Instead, we ought to use our time wisely and dedicate it to things that really matter. And this is precisely what Primo Banks has done.

The idea that an individual has the power to influence public perception so easily is not one that should be taken lightly. Luckily for us as listeners, Primo Banks is an anomaly, not the rule. As perhaps one of the most growing music artists, his level of music sense is not easily attainable. He is always unique in his ideas, the things he does, he always has been himself and that's what he has gotten this far.

Banks has also shared that he is dropping a sophomore album this year titled Hell on Earth, furthermore another album after the following but the title is still unknown, which will be a surprise for his fans. He is also launching a clothing line on www.hellraiserapparel.com.

People at the forefront of any industry will take you more seriously and want to build meaningful relationships with you if you bring clear cut value to the table.” And that’s just what Primo Banks does. While these are all potential options, only time will be able to tell us what to expect of the future of the music industry. And whatever that future may hold, expect to see Primo Banks at the forefront of it.