The celebrations of Australia Day 2020 will also not be as grand as every year. If you are planning to go to Australia in the years to come, make sure you visit at least some of these iconic spots. 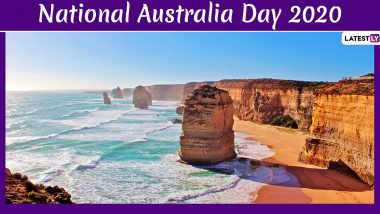 National Australia Day is marked on January 26 every year. This day is also called as the Foundation Day and Anniversary Day. On 26, January 1788, it was an arrival of the First Fleet of British ships at Port Jackson, New South Wales, and the raising of the Flag of Great Britain at Sydney Cove by Governor Arthur Phillip. Now, this day is marked by celebrating the diverse society, community events, looking back the Australian history. It is a public holiday in every state and several festive celebrations are held around the nation. It is one of the biggest annual civic events in the country. The celebrations this time will go on for the weekend, although there won't be much of fireworks as the country is already reeling under a severe crisis of bushfires. Ahead of National Australia Day, we give you some iconic places in the country that you can visit. Australia Day 2020: From Inventing the Term 'Selfie' to Being Home to World's Largest National Highway, Fun Facts About the Country Down Under. 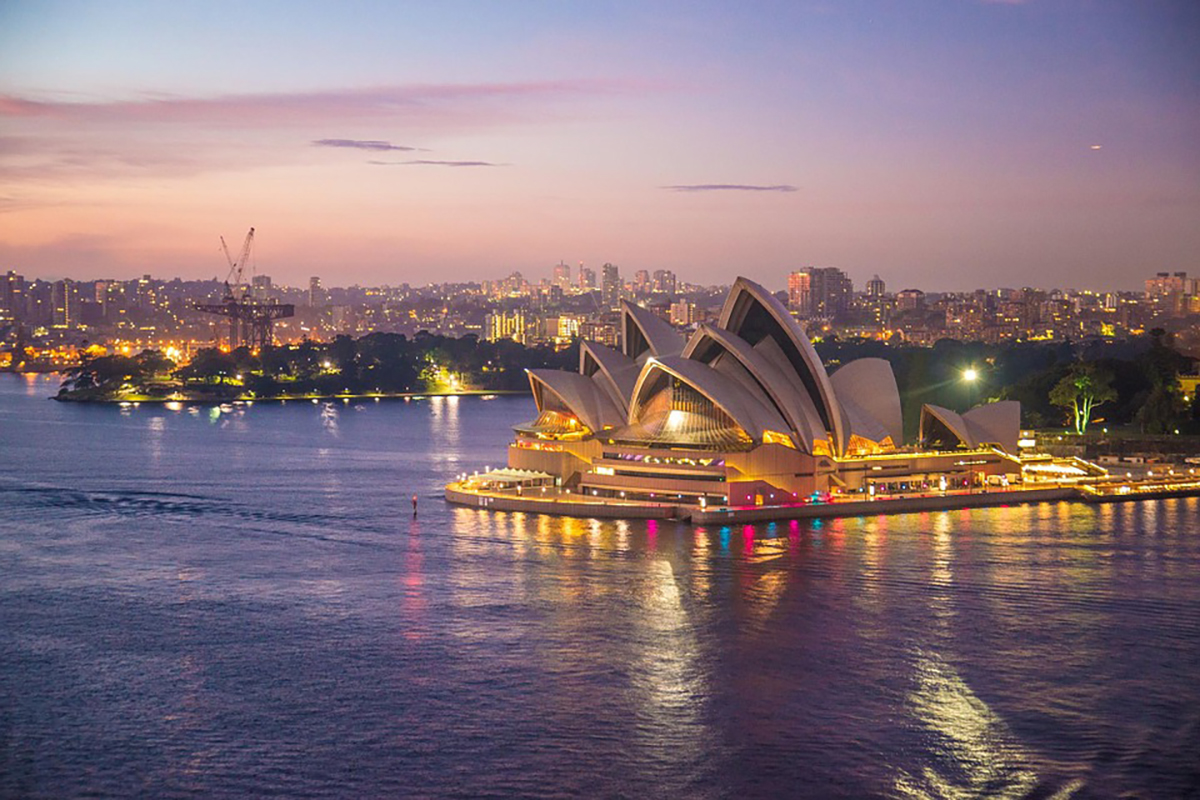 Just the utterance of the New South Wales capital Sydney and everyone thinks of the Opera House. The Sydney Opera House is one of the iconic places of the country and among the UNESCO World Heritage Site. Built in the 1970s it is one of the greatest architectural icons in the world. It is surrounded by water on three sides and a Botanical garden at one end. You can enjoy a performance here or have a dining experience at one of the restaurants. One of the ways to enjoy another perspective altogether is taking a ferry from the harbour. 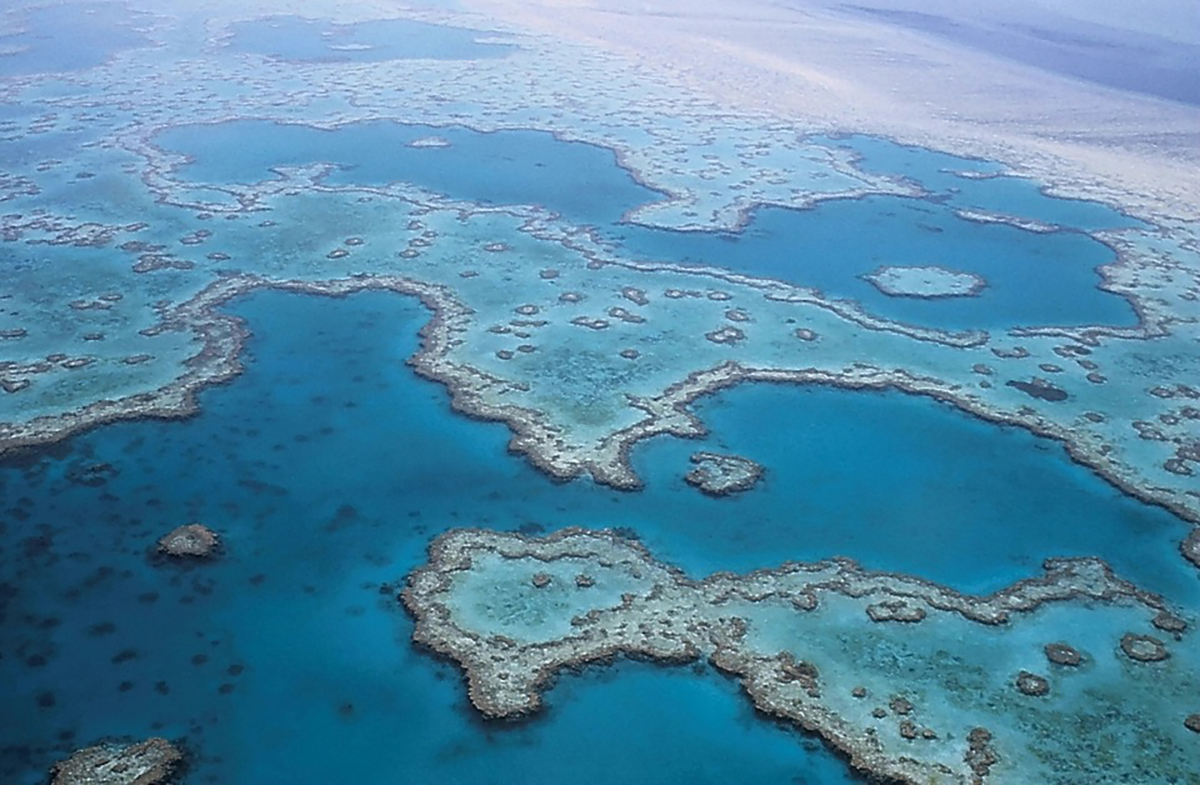 The Great Barrier Reef is one of the largest living structures on this planet which has more than 3,000 coral reefs. It offers a great underwater diving experience of a lifetime with more than 1,500 species including fish, corals, turtles, sharks and clams. Due to the rising marine pollution, a lot of this ecosystem is at danger but you can experience the wonders of marine life here. As Australia's Great Barrier Reef Loses It's Coral Cover, Here Are 6 Ways to Save the Reef System. 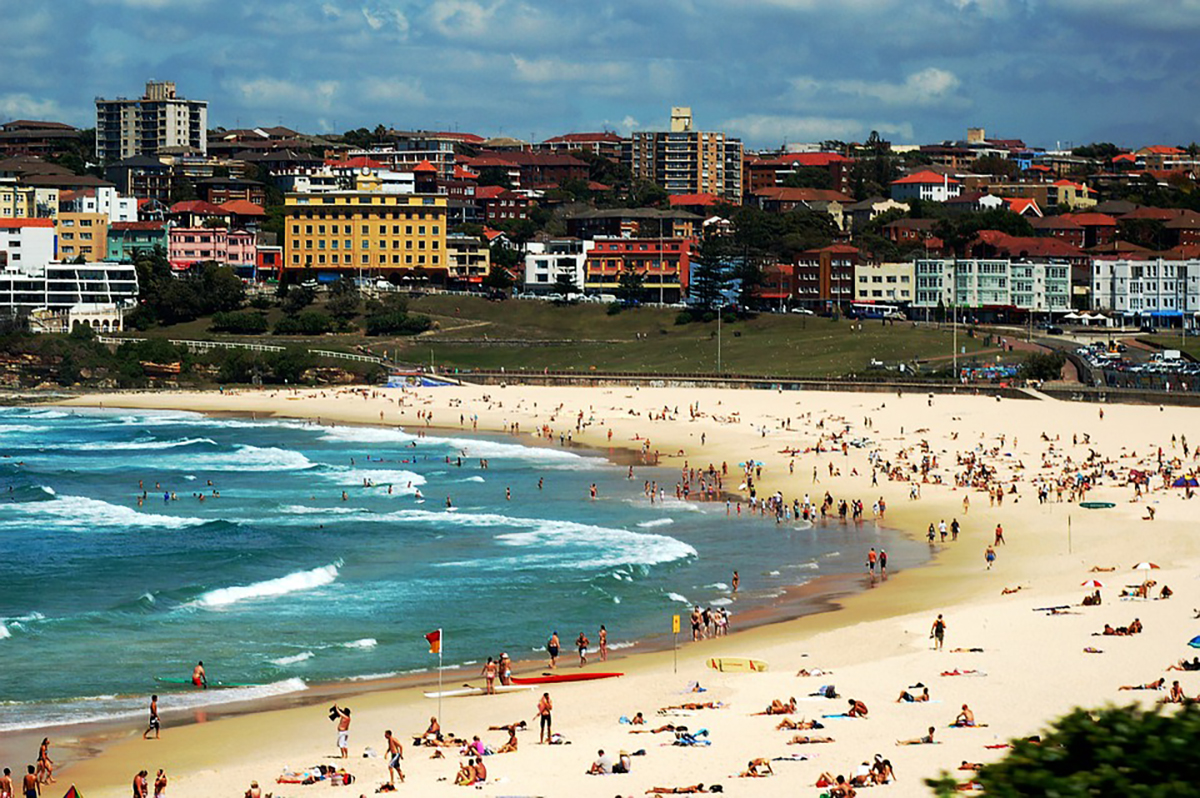 If you are a beach person then trip to Australia has to include its most famous beach, Bondi. It is a great place to enjoy and immerse in the beach vibes. It is one of the most happening spots in the country, especially around the festivals. With many shops, cafes and restaurants along its stretch 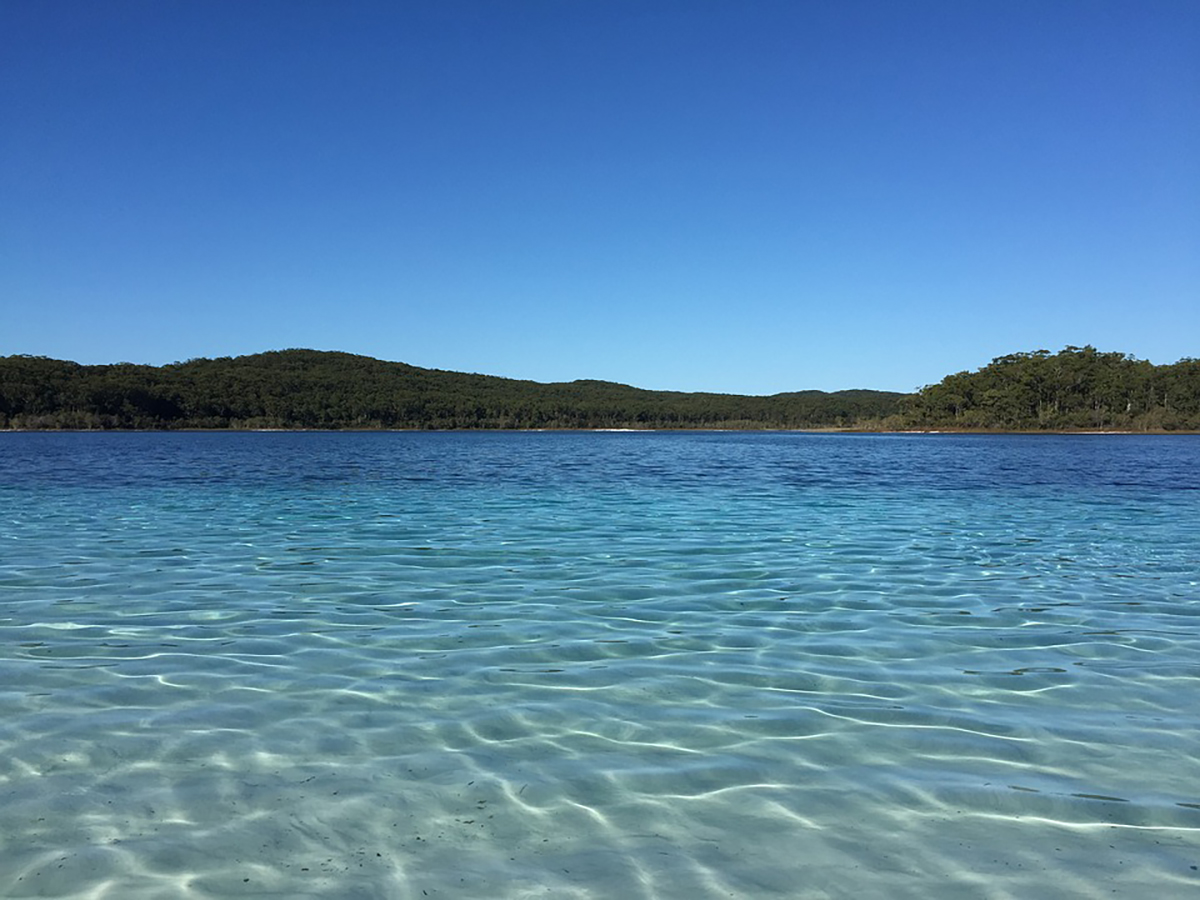 Fraser Island is also one of the places on the World Heritage list. It is located on the east coast of the country and happens to be the largest sand island in the world. If you want to enjoy some beach beauty with crystal clear waters, lakes, springs and beautiful diversity of flora and fauna, you must pay a visit here. There are more than 100 freshwater lakes here and it also happens to be the only place on the planet where a rainforest grows on the sands. 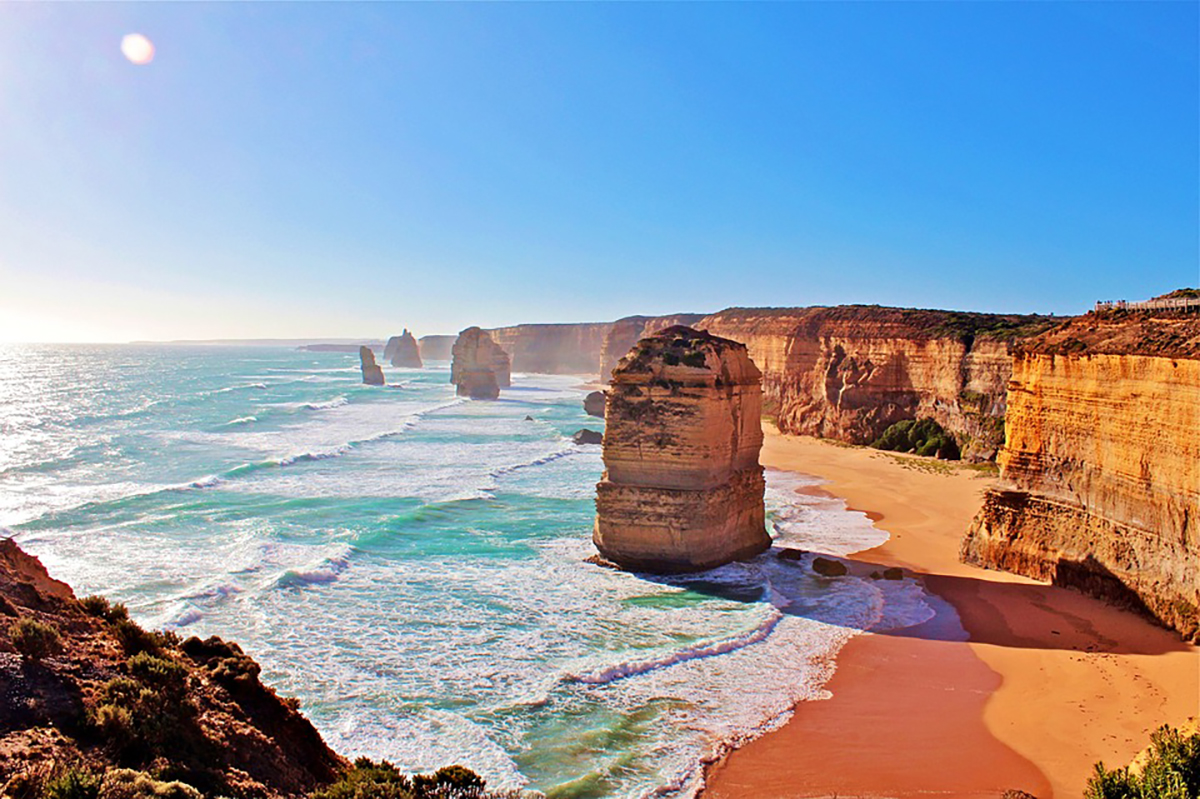 A 243 kms ride from Torquay to Allansford is one of the most scenic drives in the world. It travels along the beautiful coastline of Victoria and one of the iconic points here is The Twelve Apostles. These are limestone stacks which rise out from the ocean and look like a wave from a distance. It is one of the top attractions along this road. The entire drive is scenic passing through rainforests and waterfalls in patches. 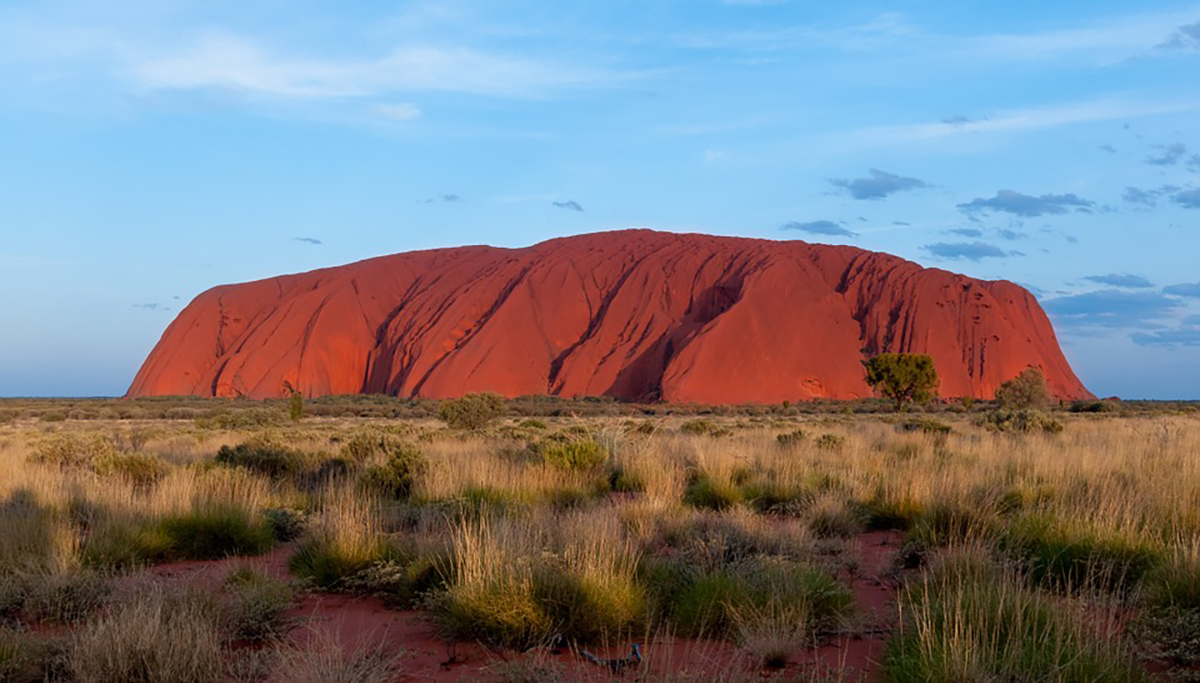 Uluru or the Ayers Rock is a natural wonder of Australia. It is a giant red monolith situated in the Uluru-Kata Tjuta National Park. It is a sandstone formation that is about 1100 feet high and the best time to witness the changing colours of the rock is to be here ar sunset. It is considered a sacred site by the traditionally living Aboriginal tribe Anangu.

There are just a few places in the country which are known the world over. Currently, the country is battling with the severe bushfires followed by the dust storms. So the celebrations of Australia Day 2020 will also not be as grand as every year. If you are planning to go to Australia in the years to come, make sure you visit at least some of these iconic spots.

(The above story first appeared on LatestLY on Jan 25, 2020 02:00 PM IST. For more news and updates on politics, world, sports, entertainment and lifestyle, log on to our website latestly.com).