Australia Day 2020: From Inventing the Term 'Selfie' to Being Home to World's Largest National Highway, Fun Facts About the Country Down Under 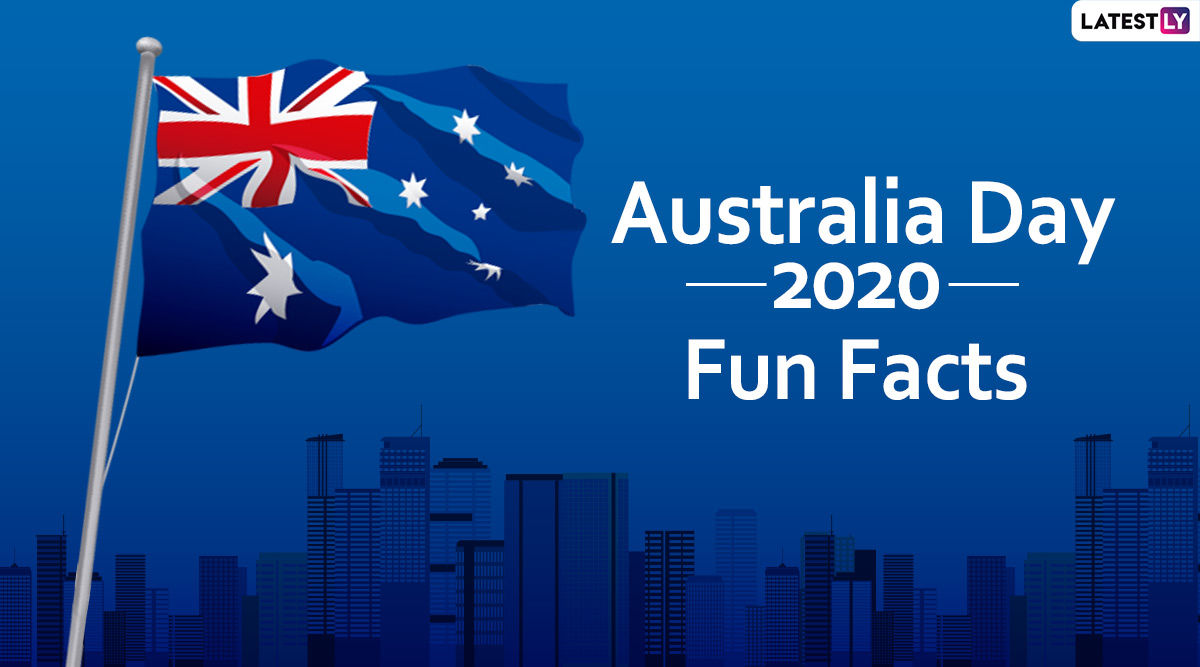 The day is celebrated on 26 January to mark the anniversary of the arrival of the First Fleet of British ships at Port Jackson, New South Wales in 1788. The Flag of Great Britain was waived at Sydney Cove by Governor Arthur Phillip.

Below Are Few Fun Facts About Australia

1. The word Australia comes from the Latin word, Australis, which means "Southern".

2. While China has the 'Great Wall of China', Australia has the longest fence in the world. The Dingo Fence in Southeast Australia measure 3,600 miles (5,600 km).

3. The Australian Alps, the highest mountain range in the country, receive more snowfall than the Swiss Alps.

5. Australia is the only country in the world that is also a continent.

6. According to a report, Australia has thousands of beaches.

7. The Australian Great Barrier Reef is the largest living structure on the planet.

8. Kangaroo and Emu are painted on the Australian Coat of Arms because both birds cannot walk backward. For Australia, this signifies 'Keep Moving Forward'.

9. The platypus is one of the rare venomous mammals on earth. But the venom is not fatal.

10. The largest Greek population outside Greece is in Australia.

13. Australia has always ranked higher in the Human Development Index. The index is measured based on the quality of factors like education, life-expectance, and income security.

14. The word "Selfie" was born in Australia after a drunk man took a self-portrait in the year 2002. The Oxford English Dictionary named the term selfie as the word of the year in 2013.

15. There are almost three times more sheep (74 million) than humans (25 million) in Australia.

16. There are two times more Kangaroos than humans in Australia. There are 25 million humans and twice (50 million) the number of Kangaroos.

17. The world's most ancient fossils were discovered in Australia. They were 3.5 billion years old, believed scientists. Australia has no active volcanoes and is the flattest continent on the planet, despite being home to many mountains.