The strongest people are defined by their ability to continuously act courageously and stand up after great loss, trials, and countless adversity. Today we highlight a young black woman by the name of Dariel Williamson who sets the standard when it comes to hustle, motivation and inspiring other women to “ Boss Up.” 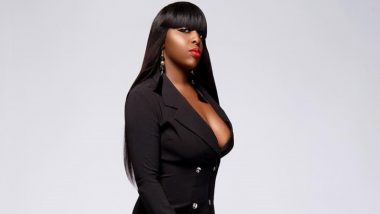 The strongest people are defined by their ability to continuously act courageously and stand up after great loss, trials, and countless adversity. Today we highlight a young black woman by the name of Dariel Williamson who sets the standard when it comes to hustle, motivation and inspiring other women to “ Boss Up.” Dariel Williamson born in Jacksonville, Florida is the 24 year old CEO of PRETTY MUCH A BOSS LLC ( formally known as BUILD-A-BOSS ) and owner of a thriving adult store named THE DOLL HOUSE FANTASY. Dariel didn’t have an easy road on her journey as a serial entrepreneur and self made business owner. After being homeless for a short period of time, and adapting to being a single mother after the death of her child's father & living on $158 per month, Dariel made the conscious decision to grow within and adapt a new mindset and a wealthy lifestyle.

In 2016, at the tender age of 19 a “young mogul was born“ as Dariel Williamson took her first steps towards financial freedom and took control of her own destiny. Dariel stated some months after working a full- time 9-5 job she would only have $300 to live off of. Well those days would soon be distant memories she would use as humble reflections to keep pushing forward and to always remember where came from. Her first day opening her business she made over $1,500 selling adult toys from the back of her car. At that time that was the most money she had ever made, what she didn’t know is she was just getting started. She would never work for anyone other than herself after that day as her business would continue to grow. Even as she has stepped into many different roles teaching other women to “Boss Up” in July 2019 her small business earnings still exceeded six figures.

Dariel knows what it's like being a single mother on welfare trying to make a better life for her child. With the creation of CEO of PRETTY MUCH A BOSS LLC she has dedicated herself to women who are in similar situations and has provided them with the tools they need to write their own success story. After so many women reached out wanting advice on how she was able to create financial freedom for herself she felt it was only right to give back. The company provides programs strictly to women offering them assistance in how to acquire their financial goals with planning tips, resources and mentorship throughout the process. Dariel Williamson has helped over 1,000 women across the US change their lifestyles in abundant ways, many of whom have purchased their dream homes, cars, vacations and more. Dariel refuses to leave anyone behind and continues to reach her hand back to those who seek her assistance, this is what separates her from her peers.

No matter where life takes you, the road to success is never too far away; sometimes we just lack the direction to where we're going. Dariel is here to provide all women with a map on their own personal journey and to stand as an example that “opportunity isn't always given but it can always be created.” No matter where you are today Dariel wants you to know that you control your reality and to always keep fighting for what you love. As quoted by her, “LIFE WILL TRY TO BEAT YOU, BUT YOU GOTTA BEAT LIFE.