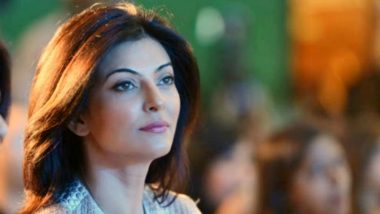 To gain the maximum support in 2019 Lok Sabha elections, political parties are vigorously campaigning. Politicians are trying to add as much as popular faces in their campaign to woo the voters. In a similar case, a media report has been going viral which claimed that Miss Universe 1994 and Bollywood actress Sushmita Sen is going to campaign for Bharatiya Janata Party's Etawah candidate Dr Ram Shankar Katheria. Meanwhile, Sushmita Sen has rubbished all the claims. WhatsApp’s Fight Against Fake News Ahead of 2019 Lok Sabha Elections.

Sushmita Sen took to Twitter and wrote: "FALSE NEWS. I DON’T DO POLITICAL CAMPAIGNING." Is Chris Gayle Joining BJP Ahead of Lok Sabha Elections 2019? Know the Truth About Pic of Caribbean Cricketer in Saffron Stole.

The reports also suggested that actress Bipasha Basu will also campaign for BJP Etawah candidate. Basu is yet to respond to the reports. Fine of Rs 350 If You Don't Vote in Lok Sabha Elections 2019? Know the Truth Behind This Satirical News Article.

This is not the first time when fake news amidst the national elections has been circulated. Earlier too, a picture of Caribbean cricketer Chris Gayle wearing Saffron stole with 'Bharatiya Janata Party' symbol started circulating. The picture in fact was from 2018 and the two BJP symbols were morphed.

Sushmita Sen has rubbished all the claims and termed it as fake news.

(The above story first appeared on LatestLY on Apr 22, 2019 01:49 PM IST. For more news and updates on politics, world, sports, entertainment and lifestyle, log on to our website latestly.com).