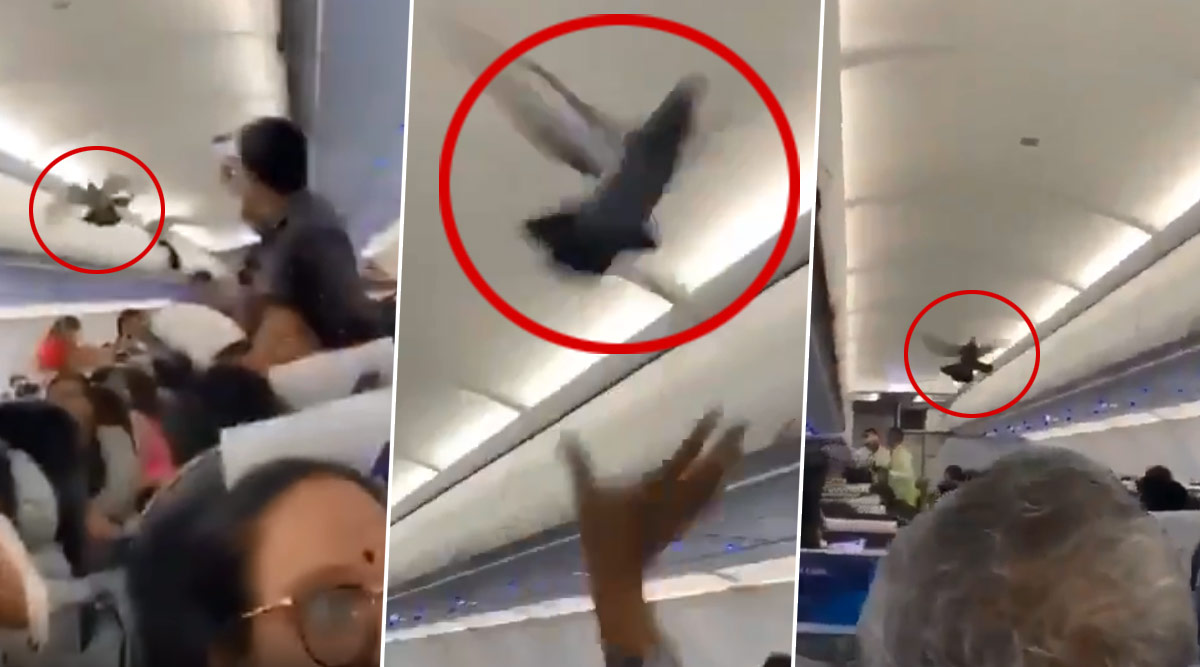 India is a country full of pigeons. You will see feral pigeons everywhere. Bird lovers even like to feed them timely. But one place, you really don't expect to see a pigeon in flights, do you? But turns out, one of the feral bird boarded a Jaipur bound Go Air flight from Ahmedabad. Passengers spotted the pigeon inside the aircraft on Friday evening and video capturing the whole scene went viral online. The pigeon also delayed the flight by upto 30 minutes.

While it was a hilarious sighting, passengers were also complaining about the delay after landing at Jaipur airport. As maintained by one of the passengers, the aircraft was brought at the apron at 4:30 pm on Friday. “Every one of us boarded the plane. When the flight gates were shut and one passenger opened the luggage shelf and was shocked to witness a pigeon,” the passenger stated, to TOI.  Passengers were LOLing and recording videos of the incident but it was reported that passengers were unhappy with the response of crew members.

“It also caused a commotion inside the aircraft, however, the cabin crew also calmed us. The ground staff was informed on this and after incessant attempt, the pigeon was ejected from the aircraft,” another passenger said according to media reports.

JUST IN: Watch a feral #pigeon flying around in the cabin of #Ahmedabad - #Jaipur @goairlinesindia flight. #Flight has been delayed by half an hour due to this incident... pic.twitter.com/hvfgfA5y8f

The flight was scheduled to land at Jaipur at 6:15 pm but landed with a delay of 30 minutes at 6:45 pm. This is not the first time an unexpected bird or animal entered a flight. Just a few months ago a video of a bat flying inside a Spirit Airlines flight has gone viral on social media. The clip shows passengers screaming as the bat bounces inside the cabin of a flight going from Charlotte in North Carolina to Newark in New Jersey. Passengers were scared after it fluttered around for quite a while. Not just that, a woman was also recently stung by a scorpion on a United Airlines flight. The incident happened on the flight from San Franciso to Atlanta. She immediately rushed to the toilet to find a scorpion in her trouser.