Halloween 2020 Ghost Stories: From the Black Nun to Ghost of the Crescent Hotel, Best Haunted Stories to Get Into the ‘Spirit’ of the Spook Festival

We bring you some eerie, unsettling, and true horror stories that are to give you the spooky vibe for Halloween 2020. If you haven’t been scared yet, it is time to get rolling. So, grab a blanket, a hot drink and dive into these deliciously spooky stories. 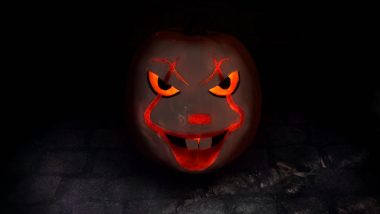 The scariest festival of Halloween 2020 is upon us. Pandemic or not, the festival is bound to be spooky, and it will keep all of us hooked in an eerie way. This year, Halloween gets even spookier because of the Blue Moon that will shine the night sky on October 31. Although this year, the festival will be a little different and trick or treating goes for a safer approach, Halloween has to be equally spookier like the previous years, even if we are celebrating it virtually. This is why we bring you some eerie, unsettling, and true horror stories that are to give you the spooky vibe for Halloween 2020. If you haven’t been scared yet, it is time to get rolling. So, grab a blanket, a hot drink and dive into these deliciously spooky stories.

Believe it or not, there are a lot of ghost stories that have the potential to scare the sh*t out of anyone. Even those who love creepy Halloween 2020 movies and dive right into frightening books with witches or vampires will get chills from these tales. So, scroll through these scary stories to really get in the spirit of this Halloween.

Sarah Whitehead, also known as The Black Nun, is the name of the woman whose ghost is said to haunt the Bank of England. It is believed that her spirit still haunts the place, and she keeps looking for her brother, who was an employee at the bank and was charged with forgery in 1811.

The dybbuk box gained notoriety when it was auctioned for the first time on eBay in 2003, before being donated to the museum a few years later. The box was linked with spooky events, and before it was donated to the Zak Bagans’ The Haunted Museum, people who owned it have experienced a lot of eerie events.

The Ghost of the Crescent Hotel, Arkansas

The Crescent Hotel in Eureka Springs, Arkansas, opened in 1886. During construction, a worker named Michael was killed, and his ghost is said to continue haunting room 218. The hotel came under the ownership of known medical fraud Norman Baker in 1937, who claimed himself to be a doctor. He turned the hotel into Baker Cancer Hospital. He claimed to have a cure for cancer, and many people died under his care. After his arrest in 1940, his patients’ spirits are said to remain. The hotel is still open, and guests claim to see apparitions and hear noises during their stays.

Chucky is based on a doll named Robert owned by a painter in Florida named Robert Eugene Otto. He was given the doll as a gift in 1906 by a servant in the family. He was so attracted to the doll that he gave him his own name. Eugene would carry it everywhere. Initially, the family found it sweet, later experienced strange things in the house. The furniture would be knocked, toys ripped, and Eugene would blame it on Robert and remain terrified. Although, it is not clear, if Chucky is entirely based on Robert’s story, people think there is a connection.

These are some of the most infamous haunted stories that continue to freak people out. The stories are believed to be true, and a lot of spooky events are connected to these, which makes the tales even scarier. While you finish reading these ghost stories, we hope a monster doesn’t grab your feet at night! Happy Halloween!

(The above story first appeared on LatestLY on Oct 29, 2020 09:13 PM IST. For more news and updates on politics, world, sports, entertainment and lifestyle, log on to our website latestly.com).