#ICanNotDieBefore Trends Online, Twitterati List Down Things They Want to Do Fulfill Before Their Last Breath (No, Doomsday is Not Near) 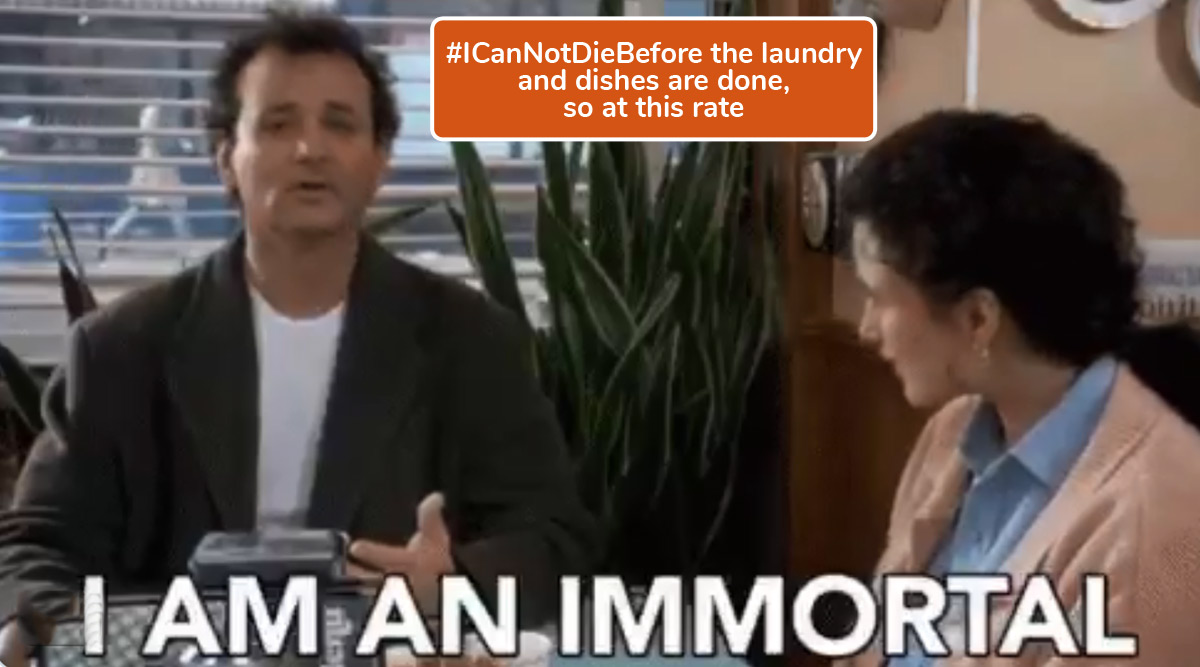 With people being confined to their homes due to Coronvirus lockdown, people have resorted to social media for some fun and entertainment. And in the meantime, there has been an increase in social media challenges where people nominate each other to perform something. Twitter trends are also on the rise with people coming up with various hashtags keeping themselves entertained. And the latest to be added to the list is Twitter hashtag #ICanNotDieBefore where people are writing about things they will have to compulsorily do before dying. And don't you worry, doomsday is not here, it is simply a Twitter trend by boring internet users. While some have tweeted about serious things they would like to do in their lifetime, others have written funny things like doing their laundry and dishes. Dalgona Coffee TikTok Videos: Netizens Try The Latest Viral Trend of Brewing Thick Coffee at Home (Check Recipes)

And the mushy ones out there have written about falling in love, getting married, going on romantic dates and much more. Those who consider their pets over everything have a list of to-do things for their animals before they breathe their last. And then there are pranksters who cannot want to fool everyone and make videos out of it, well, whatever!

Check Out What Twitterati Want to Do Before They Die:

#ICanNotDieBefore I try another ALL YOU CAN EAT Buffet pic.twitter.com/6p9Ew7T9Yx

#ICanNotDieBefore the laundry and dishes are done, so at this rate...... pic.twitter.com/O0JXqZhviJ

#ICanNotDieBefore I fall in love. I gotta see what all the fuss is about. 😂 pic.twitter.com/nuJMCaN3iR

That's a Lot or Not?

#ICanNotDieBefore I learn how to cook. learning to cook recently and If you really think about it a lot of foods are egg dishes with stuff mixed in. Macaroni and cheese is just a baked egg in a dishpan with a lot of macaroni, milk, and cheese added. Cake, pancakes, quiche, etc. pic.twitter.com/R7tkLPUzW0

I finish this drawing.... pic.twitter.com/gXPAsFxVVB

#ICanNotDieBefore Jimmy Jam Jones, my tortoise. He lives about 60-100 years so... pic.twitter.com/YtVBeir2VP

Now, That's Quite a Wish!

#ICanNotDieBefore I see my daughter again. She was truly my best friend and moved to Ireland eight years ago. I haven't been able to afford to visit and I miss her so much my heart aches.#MyIrishRose#MissingHerSoMuch pic.twitter.com/Dt2tzcbxSB

#ICanNotDieBefore I read every book I want to read. So never! pic.twitter.com/JIo1LCCTC2

#ICanNotDieBefore I meet the love of my life 😀❤ and I wanna marry her, have 2 or 3 children, build a house and grow old, together 🙂😊 pic.twitter.com/VejOYJXMmx

There are also a group of Netflix series and Amazon lovers out there. And none of them wants to die before they see the next season of their loved shows. Quite a bargain, right? And there are lazy bums who hopes all their chores and grocery shopping gets automatically done. Well, what is that one thing you want to finish doing before you die?