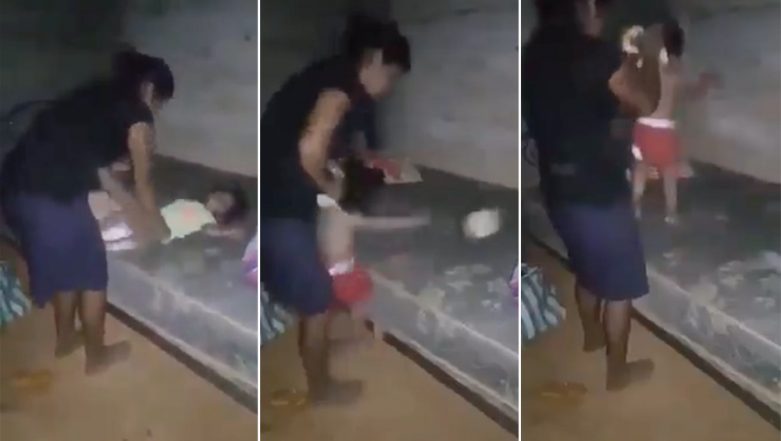 An excessively graphic video doing rounds on social media shows a woman who seems like a caretaker or mother severely thrashing a little baby girl has left people aghast. This video believed to have been shot in Kuala Lumpur shows a woman getting violent with a little kid, so much so that it almost seems like the child might choke to death because of her thrashing. The sick 1-minute-and-36-second footage is sending chills through the spine has caught the attention of Malaysian police. The Malaysian police have urged anyone who has any kind of information about the video to contact them. At one point in the video, the woman can be seen hanging the child by its t-shirt, long enough to have it choked up. It is still unknown who took the video of the whole incident, but the video has surely left the people traumatise.

Take a look at the viral video of the woman thrashing the child (VIEWER'S DISCRETION IS ADVISED!!!)

The child can be heard screaming and wailing because of the pain and the woman just doesn't stop. It seems like there is more to the video that wasn't captured. Updates are awaited.