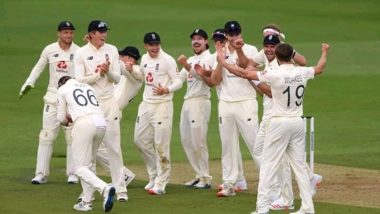 The Pakistani team had lost their first Test match against England and now are here for the second game at the Ageas Bowl in Southampton. Fawad Alam made a comeback into the Test side after a long wait of 11 years. By the end of the day, the scoreboard read 126/5. In this article, we shall bring to you the stat highlights of the game, but before that let's have a look at how the day one of the Test match panned out for both sides. So the visitors won the toss and elected to bat first and little did they know that they would lose their first wicket so early in the game. Shan Masood was the first one to make way into the pavilion within the first three overs. Pakistan vs England, 2nd Test Day 1, Highlights.

James Anderson was the one who snapped his first wicket of the match. Azhar Ali followed him soon to the pavilion on the score of 20 and even had to face the music from the netizens. But it was Abid Ali who scored a half-century and got out n 60. James Anderson getting a couple. Whereas Sam Curran, Stuart Broad and Chris Woakes ending with one wicket each. Now let's have a look at the stat highlights of the game below:

As of now, we have Babar Azam and Mohammad Rizwan batting on 25 and four runs respectively. The rains had obstructed play on many occasions. Overall, the day one of the game belonged to the hosts as they put up a good show. The day was called off due to continuous downpour.

(The above story first appeared on LatestLY on Aug 13, 2020 11:21 PM IST. For more news and updates on politics, world, sports, entertainment and lifestyle, log on to our website latestly.com).