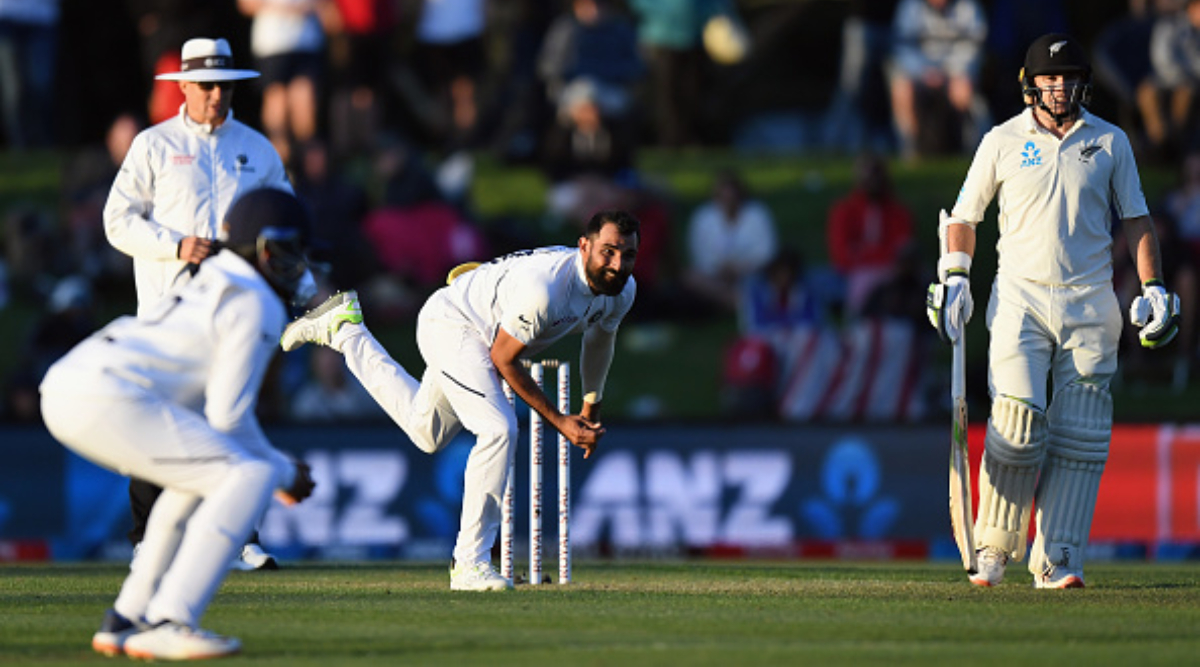 Christchurch, March 1: Indian bowlers including, Mohammed Shami and Jasprit Bumrah, roared back to form and bowled out New Zealand for 235 in their first innings of the second Test on day two. The Blackcaps at one stage were at 177/8. However, New Zealand too fought back with a 51-run partnership for the ninth wicket between Kyle Jamieson and Neil Wagner. The duo not only took New Zealand past 200-run mark, but close of India's total as well. New Zealand were eventually bowled out for 235 with Kyle Jamieson scoring valuable 49 as India earned paltry lead of seven runs. New Zealand Vs India, Cricket Score 2nd Test Match.

The hosts were cruising at 63/0 when play resumed after India were bowled out for 242 in the first innings. But with Umesh Yadav trapping Tom Blundell (30) in front early on the second day, the slide started as soon the Kiwis were reduced to 142/5 with Jasprit Bumrah then having skipper Kane Williamson caught behind for just three. Live Cricket Streaming of India vs New Zealand 2nd Test 2020 Day 2 on Hotstar: Check Live Score Online, Watch Free Telecast of IND vs NZ Match on Star Sports.

Ross Taylor (15) followed suit, Ravindra Jadeja having him caught at point by Umesh as Mohammed Shami then castled Tom Latham (52) who was looking good. Henry Nicholls was also gone soon after, Virat Kohli taking a sharp catch at second slip off Shami as India went into the break on a high.

Jamieson, who took a five-wicket haul in the first innings, showed his skills with the bat as well as he scored 49 off 63 balls. For India, Shami picked four wickets while Jasprit Bumrah chipped in with three scalps. (With IANS inputs)