The Super 12 stage comprises of two groups with six sides each and the top two teams of both these groups would qualify for the semifinals, which starts from November 10. The matches in this Super 12 stage begin from October 23 and end on November 8. 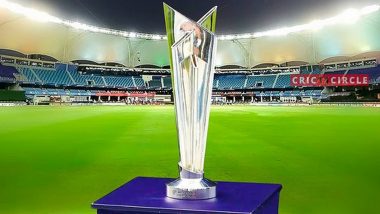 Group 1 comprises of sides some heavyweight sides like Australia, England, West Indies, South Africa and the two qualifying sides who made it through from the first round--Sri Lanka and Bangladesh. Group 2 on the other hand has the likes of India, Pakistan, New Zealand, Afghanistan along with Scotland and Namibia, who did well in the first round and played some fine, entertaining cricket.

The Super 12 fixtures, which began with a clash between Australia and South Africa would come to an end with former champions India facing Namibia on November 8. The top two teams from each group would make their way to the semifinals and subsequently, would compete against each other to make it to the summit clash of the tournament, which is on November 14.

(The above story first appeared on LatestLY on Oct 23, 2021 07:03 PM IST. For more news and updates on politics, world, sports, entertainment and lifestyle, log on to our website latestly.com).