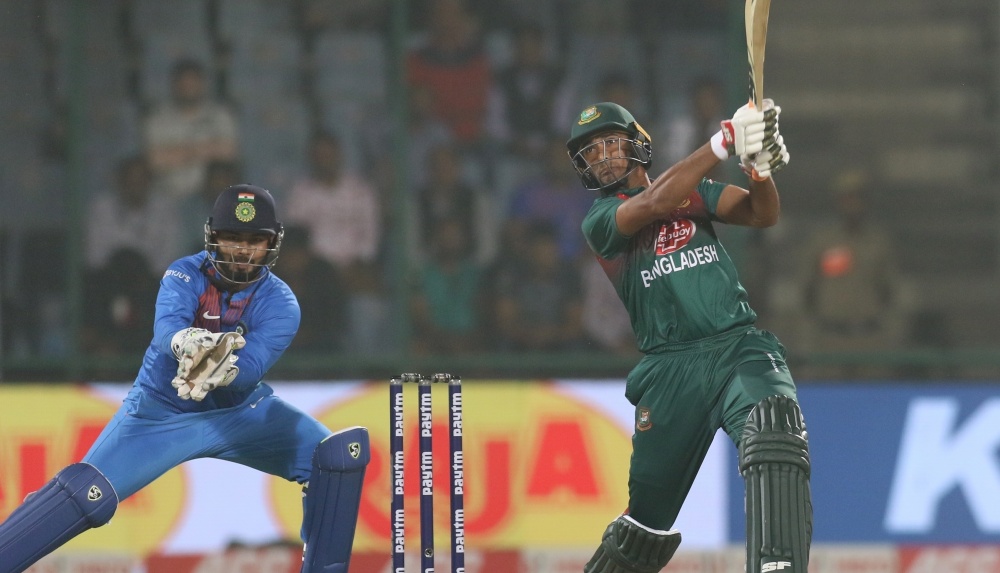 It was a day when everything went wrong for the host. Ahead of the first T20I game against Bangladesh, the pollution was something that grabbed the headlines. When the match finally began Rohit Sharma lost the toss and then to top it all Krunal Pandya dropped a sitter and was one of the primary reasons for India losing the match by seven wickets. Before getting into the stat highlights if the game, let’s have a look at how the match panned out for both the teams. After winning the toss, Bangladesh elected to bowl first and the Indian batting line up collapsed one after the other. BAN Beat IND By 7 Wickets.

First Rohit Sharma departed just a run away from getting from to the double-digit. Then KL Rahul followed on the skipper to the pavilion on 15. Shreyas Iyer and Shikhar Dhawan tried stabilising the innings but the Mumbai batsman soon got caught at the boundary in an attempt to hit big. A cameo from Krunal Pandya and Washington helped India reach a total of 148 runs. Now Deepak CHahr gave a great start to India by snapping an early wicket of Liton Das. But it was Mohammad Naim, Somya Sarkar and Musfiqur Rahim were the ones who hurt India drastically by scoring 26, 39 and 60 runs respectively. To top it all, it was dropped a catch by Krunal Pandya which further added to the misery and majorly contributed to India’s loss against Bangladesh for the first time. Bangladesh Script History by Beating India 1st Time in a T20I match, End 8–0 Losing Streak Against Men in Blue in Shortest Format of Cricket.

Now, let’s have a look at the stats of the match:

# Rohit Sharma overtook MS Dhoni To Become the most capped T20I Player for India in Twenty20 Internationals. Rohit Made His 99th T20I appearance.

# This is the first time that Bangladesh beat India in the T20Is.

“When we were playing in front of a huge crowd, and when the team needs it, nothing like playing an innings like that. Nothing like beating India in India, so this means a lot to me. Soumya and I had a chat, and we thought of dragging the game deep, and any of the quicks could have been targeted for 15-20 in an over because the spinners got a lot of assistance so it was hard to hit them,” said Mushfiqur Rahim the Man of the Match.