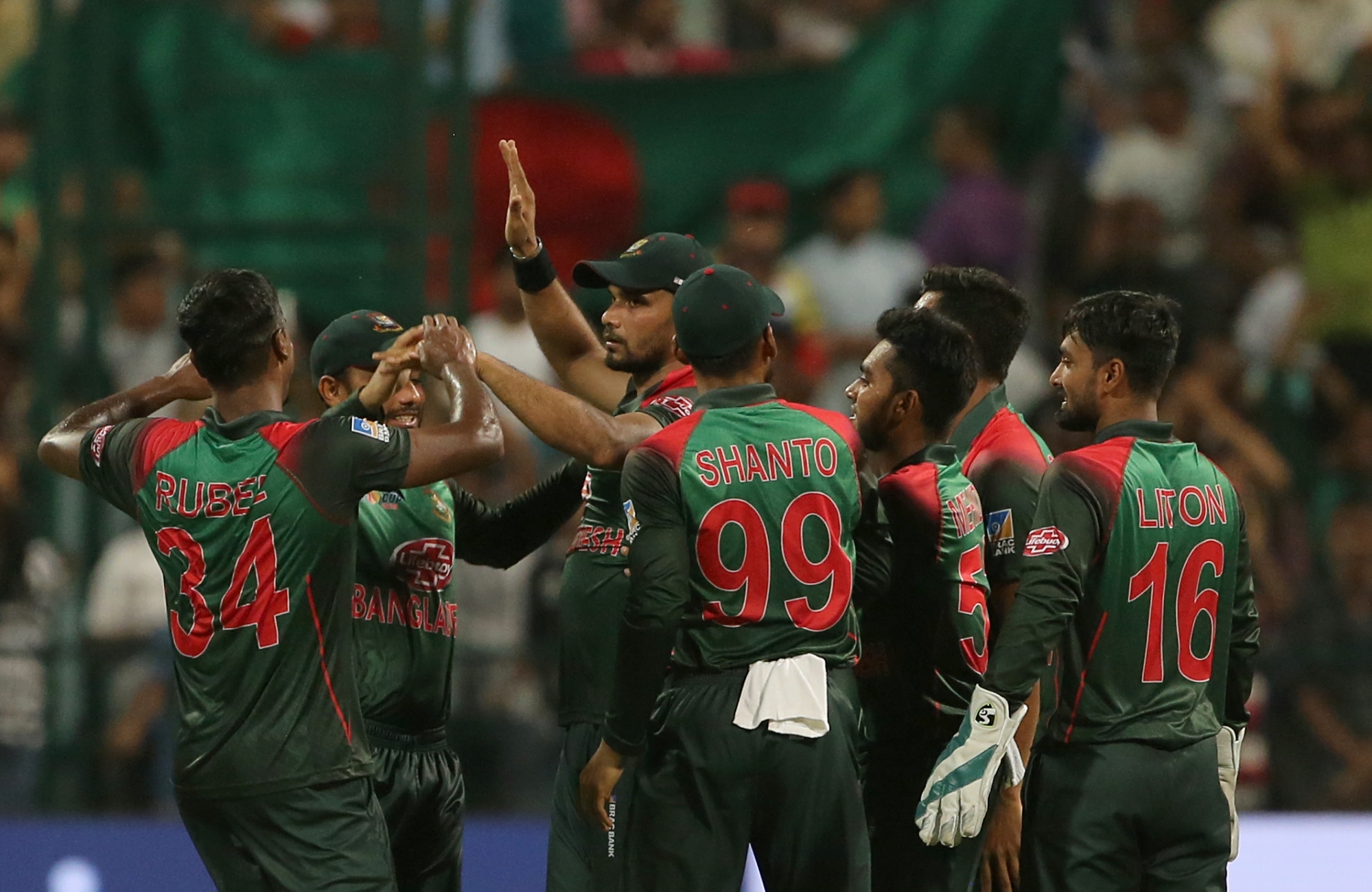 Bangladesh script history by defeating India in the first T20I in Delhi. In a nail-biting clash, the visitors kept their nerves and defeated the Men in Blue for the very first time in the shortest format of the game. The hosts clinched a seven-wicket victory and took a 1-0 lead in the series. Captain Mahmudullah hit a six in the third ball of the last over and ended India's 8 match winning streak against them in T20Is. Chasing a total of 149 runs, Senior Players like Soumya Sarkar and Mushfiqur Rahim put their hands up and guided their team over the line. Mushfiquir, specially, was the chief architect as he scored an unbeaten 60 and helped Bangladesh win the game.  India vs Bangladesh Live Cricket Score of 1st T20I Match.

Earlier in the day, Bangladesh won the toss and elected to field first. The decision seemed to be impeccable as the visiting bowlers put on a splendid bowling performance and the Indian top order collapsed. Aminul Islam and Shaiful Islam scalped two wickets while Afif Hossain also chipped in with one wicket. For the Men in Blue, Shikhar Dhawan top-scored with 38 runs while Rishabh Pant aggregated 27 runs. Few lusty blows from Washington Sundar and Krunal Pandya help India post 148 runs in the first innings. India Vs Bangladesh, Cricket Score 1st T20I Match.

With this victory, Bangladesh have taken a 1-0 lead in the three-match T20I series. The hosts might have lost the match but they certainly have a lot of positive takeaways and will aim to make a strong comeback in the next match. The second match of the series will be played at Rajkot on November 7. As the visitors have gained a 1-0 lead which means a victory in the second encounter will seal in the series for them. However, the Rohit Sharma-led side will eye to rectify the mistake and square up the series in Rajkot.

The ongoing three-match rubber is a great opportunity for both the side to identify their best XI and build a strong squad for the ICC World T20 2020. Many senior players from both the teams, like Virat Kohli, Shakib Al Hasan and Tamim Iqbal will not participate in the series which gives the opportunity to several youngsters to prove their mettle and book their berth for the next year's showpiece tournament.