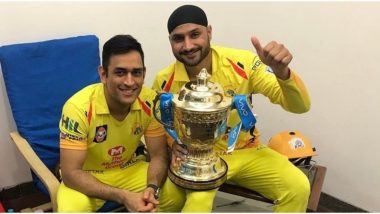 The title sponsors VIVO is all set to make an exit from the IPL 2020. Yes! You read it right the Chinese brand is all set to make an exit from this edition of the IPL 2020. It is still not clear if they would be backing out only for this season or permanently. As per a report in the Times of India, Vivo India is planning to back out of the IPL, at least for this year. The startling revelation was made by an IPL franchise communicated to seven others on Monday evening. And the negativity towards Vivo is helping make the decision easier for them as well. IPL 2020 Update: Vivo to Continue as Title Sponsor Amid India-China Border Tensions.

The BCCI had been criticised severely for not banning the Chinese sponsor. In fact, there was a #ChinesePremierLeague was trending on social media. The fans had lashed out at the Indian Premier League for sticking with Vivo.  The Chinese manufacturer had bagged the title rights way back in 2017 for Rs 2199 crore. One of the franchises on Monday took up upon themselves to announce the exit of Vivo and this surely hasn't gone down well with the BCCI.  The Chinese manufacturer had replaced Pepsi to the title sponsor of the league.

The Times of India report quoted sources saying, "Vivo is going to have to exit the league this year and that looks certain now. How that happens is going to depend on how BCCI and Vivo negotiate the matter. The company (Vivo) has had its own share of issues and the BCCI has optics to deal with, given the political climate. They have to come to some understanding here because legal options can't be considered in this case".  For now, it would be very difficult for the BCCI to look out for new sponsors especially with the menace of COVID-19 ruining the finances of the market. The Indian government has already banned 59 Chinese apps after the squirmish between the two countries at the Galwan Valley last month. The IPL 2020 starts from September 19, 2020 in UAE.

(The above story first appeared on LatestLY on Aug 04, 2020 05:01 PM IST. For more news and updates on politics, world, sports, entertainment and lifestyle, log on to our website latestly.com).