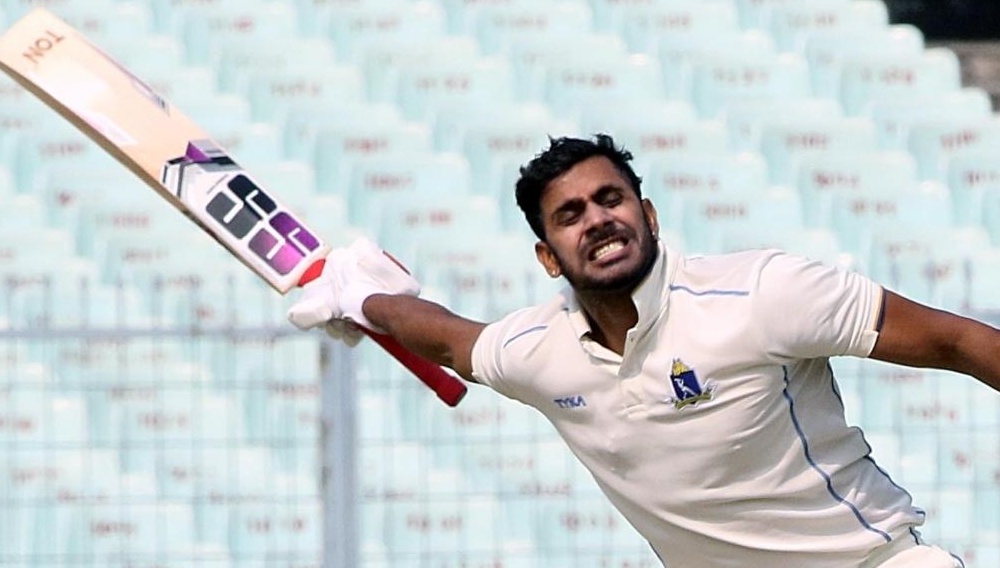 Veteran batsman Manoj Tiwary showcased his class during the Bengal vs Hyderabad clash in Ranji Trophy 2019-20 and registered his maiden triple-ton in First-Class cricket. After Devang Gandhi, the 34-year old is the second Bengal batsman to achieve the feat in Ranji Trophy. The right-handed batsman wreaked havoc against the Hyderabad bowling line-up and smashed them to all over the park. Batting first in the match, the right-handed batsman came into bat when Bengal were reeling at 22/2. However, he just didn’t bring his side’s innings back on track but also scored runs at a brisk pace. MS Dhoni Starts Practices With Jharkhand Ranji Trophy Squad After Being Left Out of BCCI's Annual Player Contract List.

During the course of his unbeaten 303-run knock, Tiwary smashed 30 boundaries and five gigantic maximums. The likes of Mehidy Hasan and Ravi Teja looked completely ineffective against him and all they faced was the wrath of the batsman. Riding on Tiwary’s fabulous effort, Bengal declared at 635/7 in the first innings and their loss is certainly inevitable.

Speaking of the match, Bengal skipper Abhimanyu Easwaran won the toss and elected to bat first. Well, the decision is certainly proving to be spot on as Bengal have already mustered a massive total and their innings is not finished yet. Apart from Tiwary, wicket-keeper Shreevats Goswami scored 95 while Anustup Majumdar and Arnab Nandi also registered half-centuries.

For Hyderabad, Ravi Kiran was the pick of the bowlers as he took three wickets. Bengal will want to carry the momentum in the second innings by restricting the opposition to a small total while Hyderabad will seek to display a better performance with the bat.