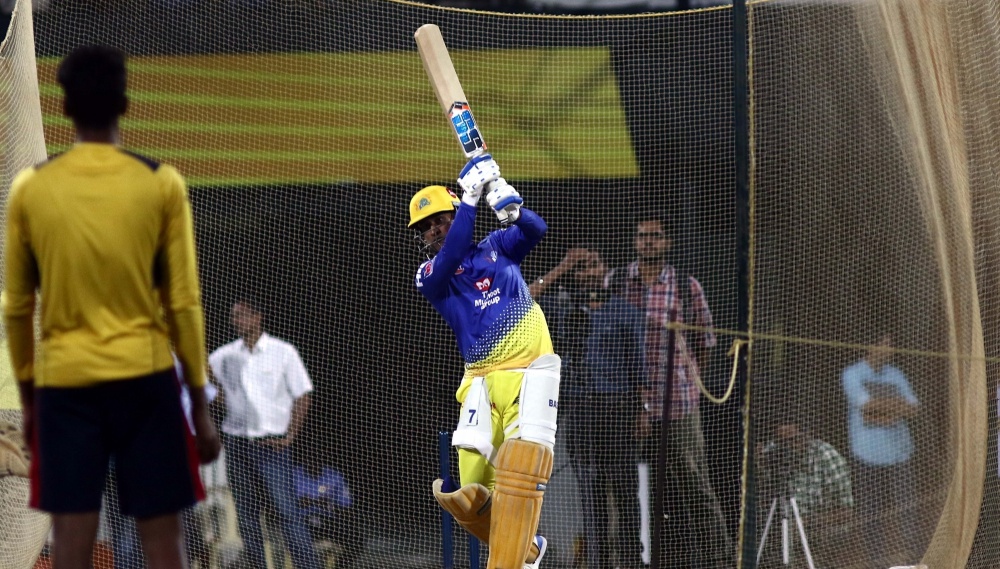 The 38-year-old showed up at his home team's net practice in Ranchi, indicating that he is gearing himself for the upcoming Indian Premier League. This was on a day when BCCI axed him from the list of centrally contracted players. MS Dhoni Retirement Rumours Surface After BCCI Leaves Him Out of Annual Contract, Twitterati React With Funny Memes and Jokes.

"Even we did not know that he was going to come and train with us. It was a pleasant surprise. He batted for a while and did the usual training routine," a source close to the Jharkhand team management told PTI.

#Dhoni is back to the routine & will be playing for Jharkhand in #Ranji Trophy#ThankYouDhoni #MSDhoni #BCCI #Dhonism pic.twitter.com/ySGLNYptMb

Jharkhand's next match is against Uttarakhand, starting Sunday in Ranchi.

Head coach Ravi Shastri has hinted that the celebrated wicketkeeper-batsman might retired from ODIs soon but will be in contention for a T20 World Cup berth provided he does well for Chennai Super Kings in the IPL.

The T20 World Cup will be held in Australia in October.