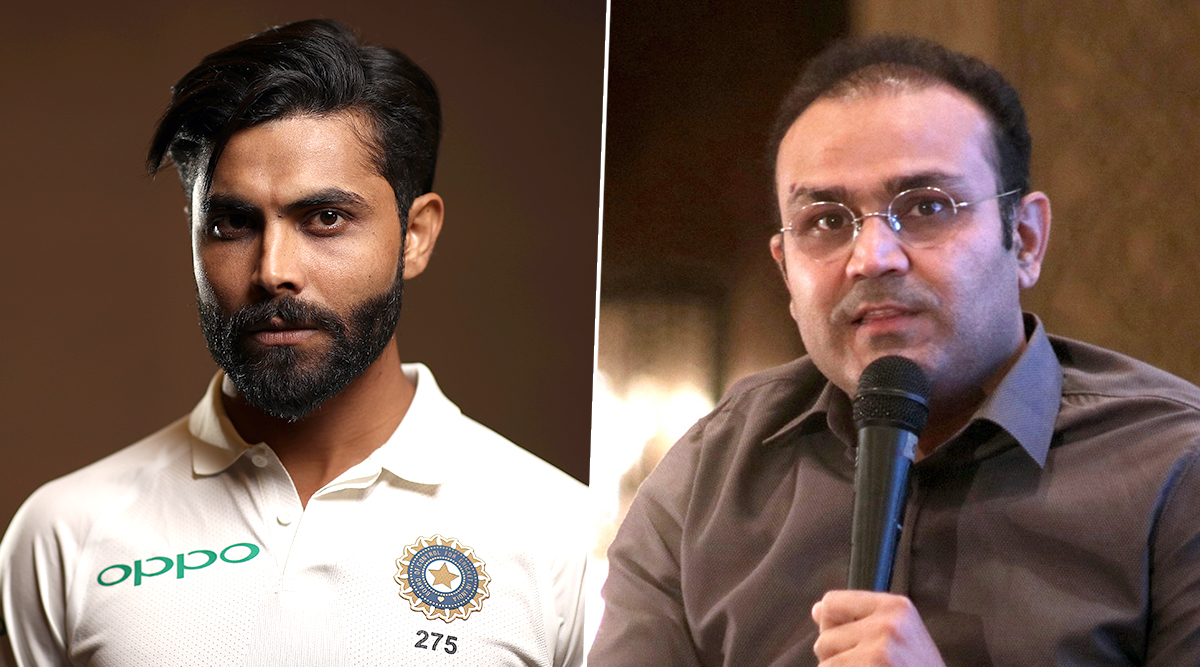 The Indian cricket team got a lot of praise after their emphatic victory in the 1st Test against South Africa. People from the cricket fraternity took on Twitter to lavish praise on the Indian cricketers. Former Indian opener Virender Sehwag also lauded India's 203 run victory and separately mentioned the contributions of Rohit Sharma, Mayank Agarwal, Mohammed Shami, Cheteshwar Pujara and Ravichandran Ashwin.  However, the exclusion of Ravindra Jadeja's name didn’t go down well with one Twitter user, especially since the all-rounder scored 70 runs and took six wickets in the match. The user asked Sehwag whether he was sleeping when Jadeja was performing. The interesting thing is Jadeja retweeted the post and made into the headlines. IND Beat SA By 203 Runs | India Vs South Africa, Highlights And Cricket Score 1st Test Match.

“Fantastic test match for Rohit Sharma, a dream beginning to opening the batting in Test cricket. Wish him the very best. That was a convincing win for India with some great contributions from Mayank, Shami, Ashwin , Pujara . #IndvSA” wrote Sehwag on the social media website. The user slammed the former cricketer by saying “@virendersehwag kya aapke TV me @imjadeja ki #batting, #bowling aur #fielding ka performance nahi dikha??? Ya phir so gaye the??? (Virender Sehwag, did your television not display Ravindra Jadeja's performance? Or did you fall asleep?) Jadeja also seemed to acknowledge the fan's thoughts and retweeted his post.

Fantastic test match for @ImRo45 , a dream beginning to opening the batting in Test cricket. Wish him the very best. That was a convincing win for India with some great contributions from Mayank, Shami, Ashwin , Pujara . #IndvSA 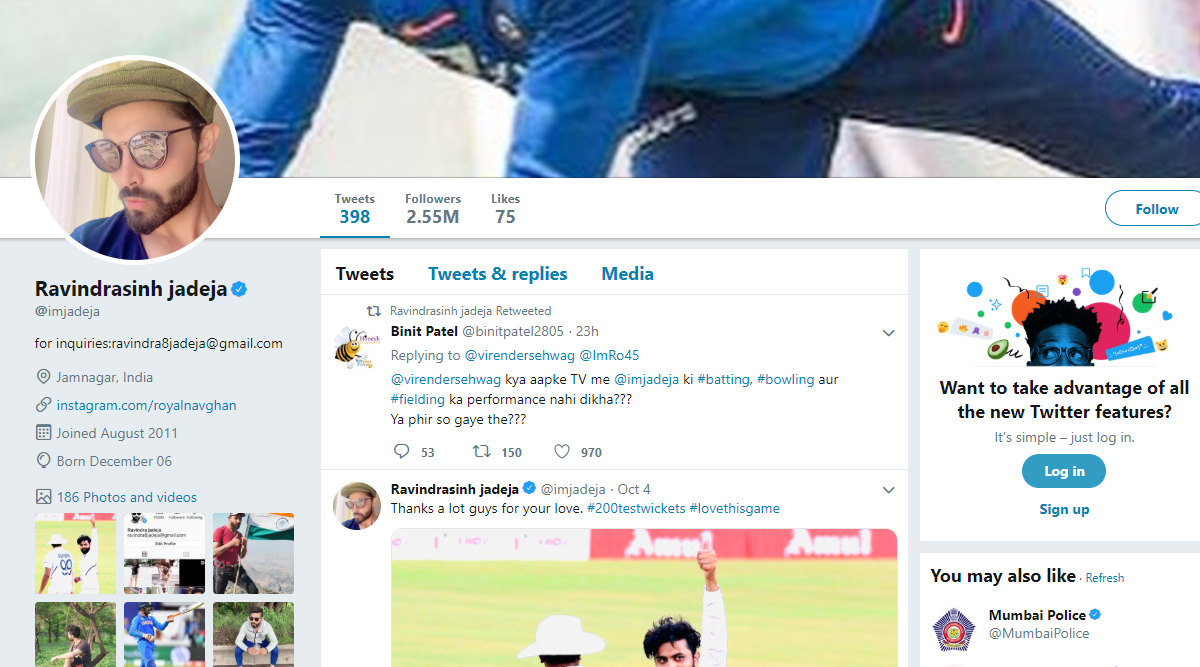 This is not the first instance when Jadeja lashed out a former cricketer. During the ICC Cricket World Cup 2019, the all-rounder bashed Sanjay Manjreker who called him a "bits and pieces" cricketer. However, this time it was Sehwag whose views that annoyed the 30-year old cricketer and he expressed his displeasure by retweeting the fan's post.

Talking about the 1st India vs South Africa Test, Rohit Sharma scored twin centuries in his opening Test debut while Ashwin and Shami claimed five-wicket hauls. Jadeja registered the scores of 30 and 40 to go with his six wickets. The latter played a crucial role in India’s 203 run victory and will look to continue his good form in the second Test of the series at Pune.