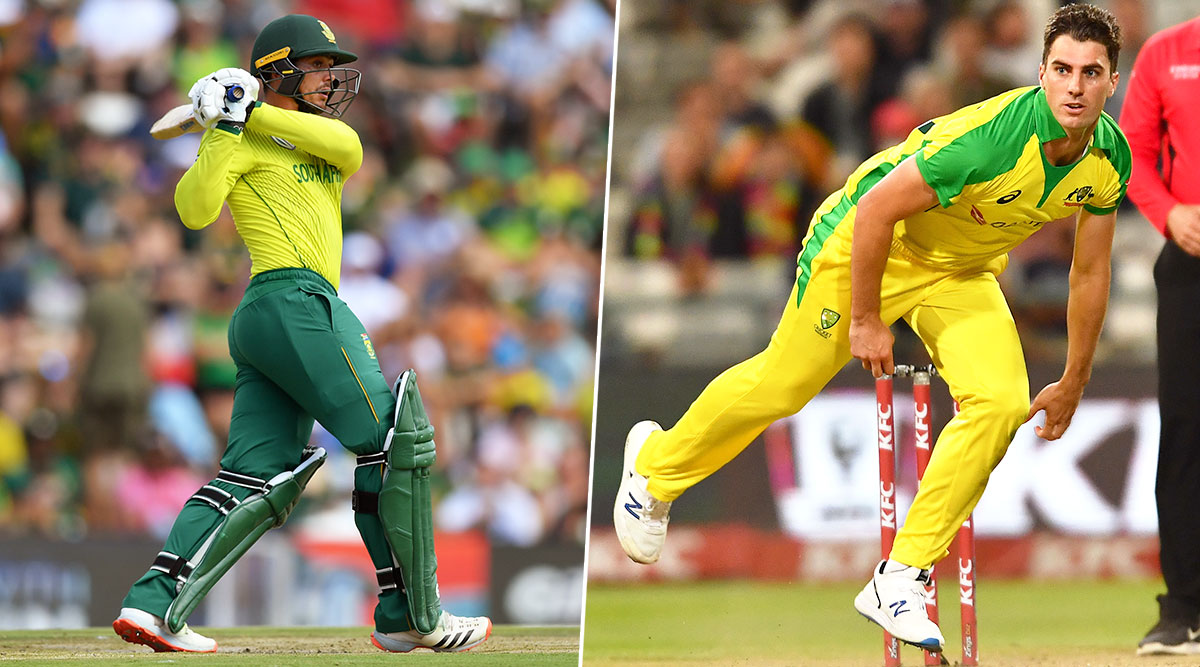 South Africa will face Australia in the 1st of a three-match T20I series aiming to avenge the 1-2 T20I series defeat with an ODI series win. South Africa vs Australia 1st ODI match will be played at the Boland Park in Paarl on February 29, 2020 (Saturday). Both teams failed to win the only ODI series they played post the ICC 2019 Cricket World Cup. Australia lost 1-2 to India despite thrashing them in the 1st ODI while South Africa were held to 1-1 draw from the same position in a three-match ODI series. Meanwhile, fans who play fantasy games like Dream11, can find all tips and team suggestions on this page to pick the right team for the SA VS AUS 1st ODI encounter. South Africa Vs Australia, Cricket Score 1st ODI Match.

The home team, in the absence former captain Faf du Plessis and batting main-stay Rassie van der Dussen, will give opportunities to youngsters as they look to rebuild the team and end a disastrous run that started with the World Cup disappointment in England. Both the batsmen have been rested for the three-match ODI series against Australia. The visitors, on the other, are without hard-hitting all-rounder Glenn Maxwell but have nonetheless come to Protea soil with a strong squad, including their first choice bowling line-up.

South Africa vs Australia – Dream11 Team Prediction – Wicket-Keepers: Newly-elected South Africa captain Quinton de Kock (SA) has been his side’s most in-form batsman and should be picked as the wicket-keeper for this fantasy team.

South Africa vs Australia– Dream11 Team Prediction – Batsmen: David Warner (AUS) has been in terrific form ever since his return to international cricket following a year-ban. He should be the first pick for the batsmen’s role. Steve Smith (AUS) and Marnus Labuschagne (AUS) will be the other batsmen in this fantasy. While Heinrich Klaasen (SA) will be the only South African representative.

South Africa vs Australia– Dream11 Team Prediction: All-rounders: Australia’s hat-trick man and T20I series hero Ashton Agar (AUS) should be the first pick for the all-rounder’s role. He will be joined by JJ Smuts (SA) of the home team.

South Africa vs Australia– Dream11 Team Prediction: Bowlers:  Kagiso Rabada (SA) is not only South Africa’s senior-most bowler but also their best lethal weapon. Australian pace duo Pat Cummins (AUS) and Mitchell Starc (AUS) will be the other bowlers and they will be joined by leg-spinner Adam Zampa (AUS).

David Warner’s (AUS) form of late has been devastating. After a quiet World Cup campaign, Warner has burst to life and has been Australia’s chief run-maker. He should be appointed the captain while Quinton de Kock (SA) should be made the vice-captain of this fantasy team.