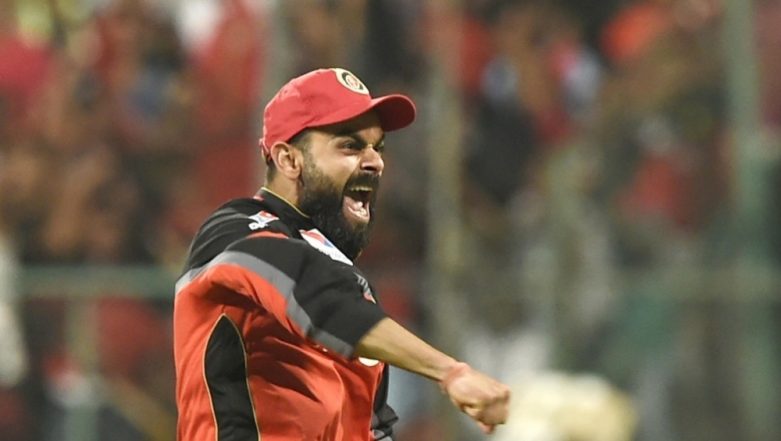 Virat Kohli and AB de Villiers two vital members of the Royal Challengers Bangalore. The team even in the IPL 2019 tie could not live up to the expectations and ended up being at the bottom of the table with only nine points in their kitty. The team will play their last match against the Sunrisers Hyderabad today at the M Chinnaswamy Stadium in Bangalore. Ahead of their last game of the season with RR, Virat Kohli and AB de Villiers went on to apologise to the fans for their performance in a recorded video message. Virat Kohli Better Captain Than Me, Says Sourav Ganguly.

"RCB fans, thank you so much for the support throughout the season, you guys are incredible. Virat will agree to the fact that the last game with the rain, it was only a 5-over game but one of the most memorable games in my life and it wasn't even the result. Thanks to you guys. Sorry about the up and down performances, we are hoping to finish on a high. Please keep supporting us, it keeps us going. Hoping something special is coming in the last game and next season," AB de Villiers said. Royal Challengers Bangalore vs Sunrisers Hyderabad.

The last game of the season is here and @imVkohli and @ABdeVilliers17 want you guys to know what’s on their minds. #PlayBold pic.twitter.com/GddTgzy2Zp

Virat Kohli thanked the fans for the supported and said that the team will leave no stone unturned to turn the tables. The Royal Challengers Bangalore were knocked out of the tournament on April 30 during the game against Rajasthan Royals.