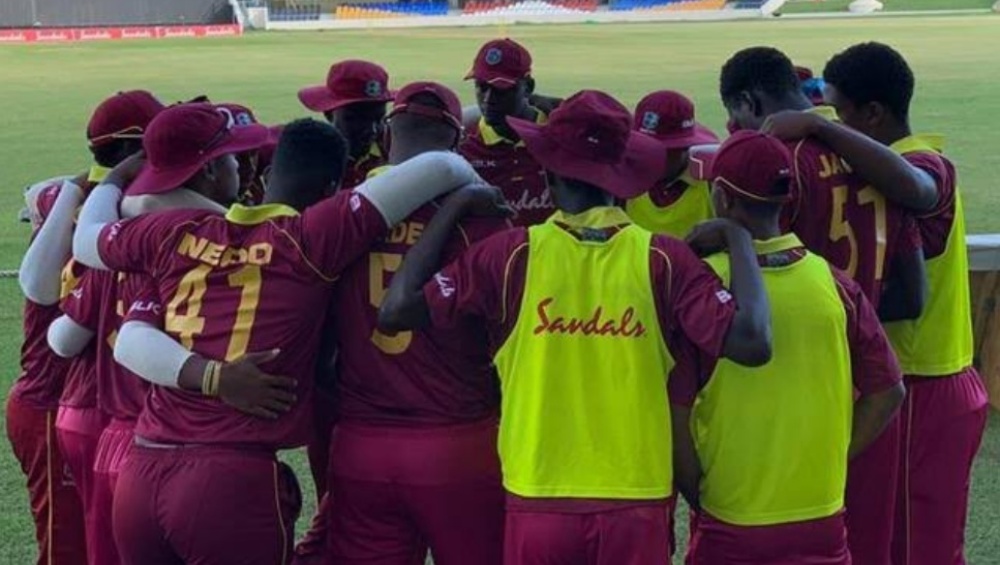 Kimberley (South Africa), Jan 18:  West Indies dished out an all-round performance to beat Australia by three wickets in a Group B match of the ICC U-19 World Cup here on Saturday. Opting to bowl, West Indies shot out Australia for a paltry 179 in 35.4 overs and then chased down the target with three wickets in hand, in the 46th over. Right-arm fast bowlers Jayden Seales (4/49) and Matthew Forde (3/24) did the bulk of the damage. ICC U19 Cricket World Cup 2020 Schedule in IST, Free PDF Download: Full Time Table, Fixtures of Under-19 CWC 2020 In South Africa With Match Timings and Venue Details.

Opening the batting, Jake Fraser-McGurk (84) top-scored for Australia, while wicket-keeper Patrick Rowe made 40. Nyeem Young made a 69-ball 61 as West Indies completed the job in their opening match which was reduced to a 49-overs-a-side affair. In a rain-curtailed match in Potchefstroom, Bangladesh defeated Zimbabwe by nine wickets via the Duckworth-Lewis method in Group C, while UAE beat Canada by eight wickets in Group A at Bloemfontein.

The match between New Zealand and debutants Japan was washed out in Potchefstroom. New Zealand were 195 for two in 28.5 overs when the heavens opened up.