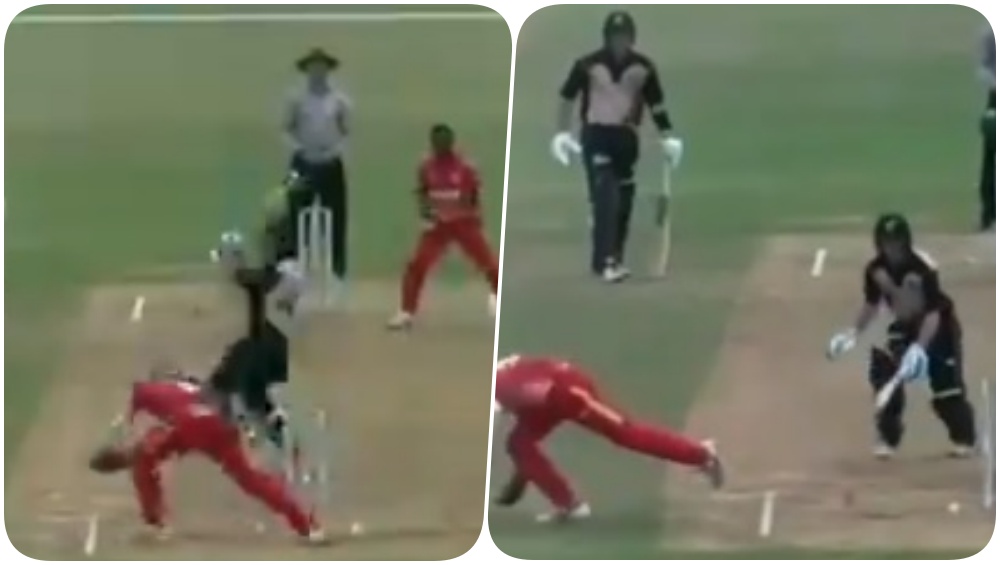 MS Dhoni has been an inspiration to all. Surely not only his batting but his style of wicket-keeping is unique. There have been many occasions when the former Indian wicket-keeper has implemented a stumping in a blink of an eye. His wicket-keeping skills are aped by the juniors as well. Now, here’s one more example of this budding cricketer from Zimbabwe named Dane Schadendorf who pulled off an MS Dhoni during the game against New Zealand U-19. Just within a fraction of a second, Schadendorf implemented a stumping. The match was played at Durban and was a part of the quadrangular series. MS Dhoni Stumps Ross Taylor During IND vs NZ 2nd ODI 2019 Match: Watch Video as Twitterati Hail the Classic Lightning-Quick Stumping!

The Kiwi batsman Wheeler-Greenall stepped out of the crease to hit a big one but altogether missed the ball and Schadendorf moved to his left to implement the stumping even without seeing the ball. The Zimbabwe keeper backflipped the ball and sent the batsman packing. Schadendorf‘s stumping was quick that one needed to replay the clip in slow motion to see how the batsman got out. His wicket-keeping style reminded us of MS Dhoni. Needless to say that the youngster drew a lot of praises and the video of his keeping stint went viral on social media.

This stumping from Zimbabwe U19's Dane Schadendorf is out of this world.

A few netizens compared him to Sri Lanka’s former wicket-keeper and captain Kumar Sangakkara. Talking about the game, Zimbabwe won the game owing to the fine bowling performance from Milton Shumba who chipped in with the willow as well. His bowling figures of 10-0-23-4 and a half-century proved to be vital for his team winning the game.