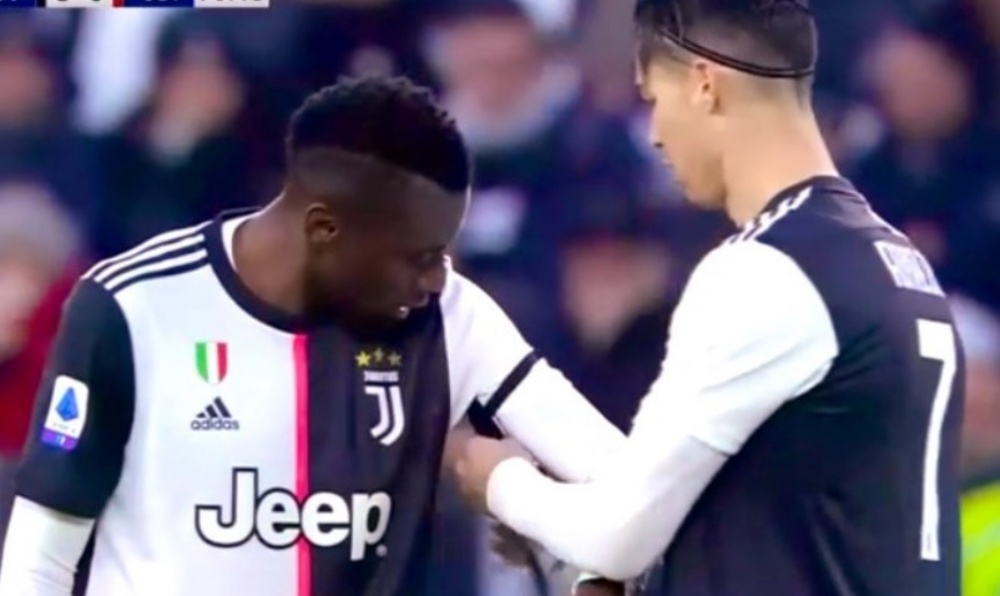 Cristiano Ronaldo had been blazing guns in the game against Udinese at the Juventus stadium yesterday. He went on to score a couple of goals in the match and put the team on the driver’s seat in the first half of the game itself by scoring five goals in the last four matches. And then there came another moment where the Juventus star won the hearts of the netizens. So there came a moment in the game where Gonzalo Higuain who wore the armband and was the captain for the side was substituted from the match. Cristiano Ronaldo’s Double Against Udinese Helps Juventus Seal a 3-1 Win, CR7 Scripts History (Watch Video).

Obviously, Higuain would pass on the captaincy armband to someone who is still playing for the side. He then passed on the band to CR7. But former Real Madrid player passed on the band to French midfielder Blaise Matuidin who has been with the club since 2017. The gesture by CR7 caught the attention of the netizens and they were quite impressed with the same. The video was also shared on social media by the netizens.

What a wonderful gesture

Wonderful gesture by Cristiano Ronaldo giving up the captain's armband to Matuidi.

Cristiano Ronaldo became the only player to have hit the double-digit mark in the top five European Leagues. Talking about Juventus, the team now stands on number two with 39