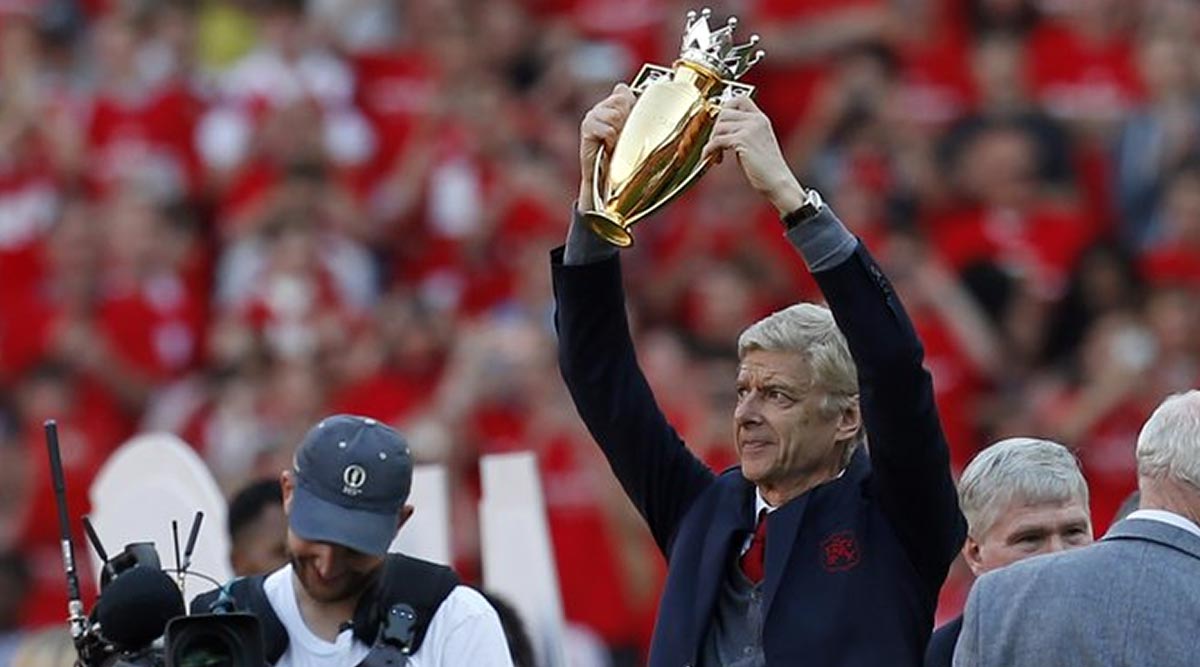 Arsene Wenger could be considered as the greatest manager in Arsenal history and the Gunners are set to honour him with a statue outside the Emirates Stadium. The 70-year-old has also reportedly given a green light for the club to build the statue. The legendary manager will join the likes of Tony Adams, Thierry Henry, Denis Bergkamp and former Gunners Boss Herbert Chapman to be honoured by the north-London side with a statue outside their stadium. Reports from England claim that Arsenal’s hierarchy decided to bestow the honour on Wenger when he left the club in 2018. Arsenal Legend Ian Wright Trolls Ryan Giggs.

According to a report from The Mirror, Arsene Wenger has agreed for a statue of himself to be made outside the Emirates stadium. The Frenchman was in charge of Arsenal for more than two decades, winning three Premier League titles and seven FA Cups which also included a PL title win without losing a single game in the entire campaign during the 2003-04 season. His reign of 22-years as Gunners boss came to an end when he left the club after the 2017-18 season, unfortunately, fans had divided opinions on him towards the end of his spell but Wenger still remains the most successful manager in the clubs history. Gunners Blow Away Man Utd to Hand Mikel Arteta First Win.

In November 2019, the Frenchman accepted a job at FIFA as the chief of global football development. In this new role, Wenger is the head of the FIFA’s football developments activities throughout the world for men’s and women’s football including the coaching, training and coach education programmes.