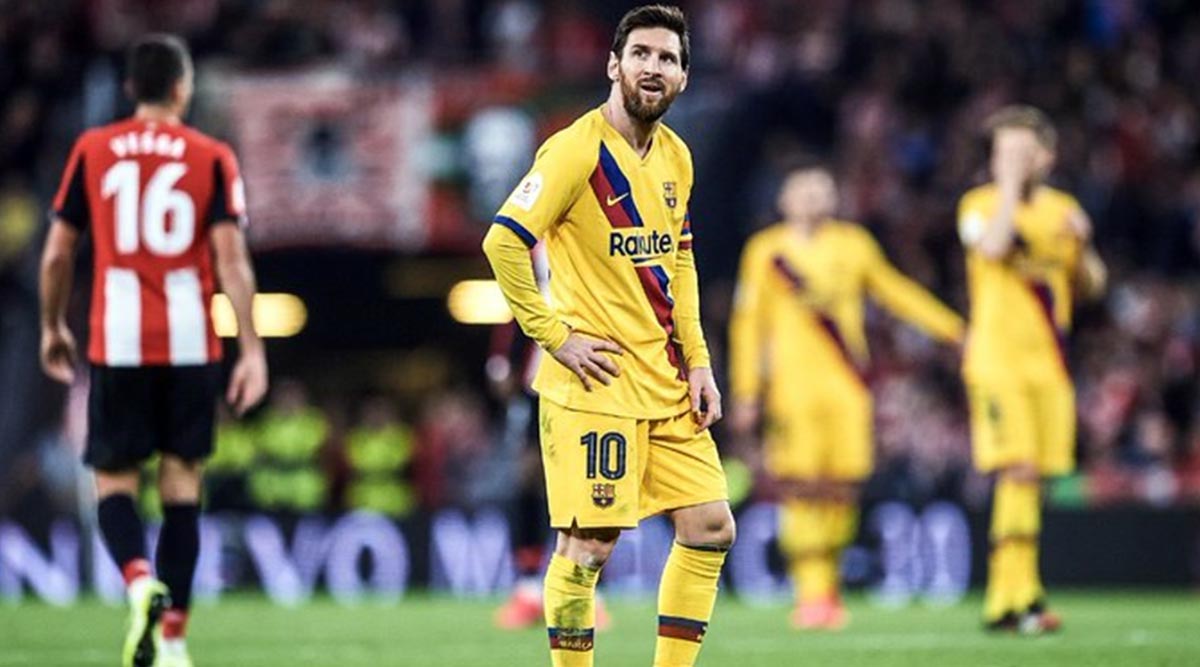 Speculations about Lionel Messi leaving boyhood club FC Barcelona have been rife ever since the Argentine’s star’s outburst against club’s technical director and former teammate Eric Abidal. Messi has reportedly not been in good terms with the club hierarchy following their failure to sanction Neymar’s return to Camp Nou and things further worsened with Abidal’s controversial statements. Messi was speculated to be in talks with Manchester City but that has stalled after the club was handed a two-year Champions League ban from breaching the FFP regulations. And if reports to be believed, the six-time Ballon d’Or winner is now wanted by MLS side La Galaxy. Lionel Messi Reacts After Winning Laureus Sportsman of the Year Award, Thanks His Teammates and Family (See Post).

According to Argentine broadcaster Radio Continental, La Galaxy – a five-time MLS champion – have contacted Messi’s father Jorge to enquire if the FC Barcelona talisman wanted a move away from the Catalan club following the turmoil in the club hierarchy. La Galaxy want to replace the departed Zlatan Ibrahimovic with Messi and asked the forward’s entourage if he was interested in moving to the MLS. The departure of Ibrahimovic, who moved on a free transfer to AC Milan in December, has also freed up money in the club’s wage budget and they can acquire a new marquee signing. Messi Comfortable at Barcelona, Not Worried About Him Leaving, Says Argentina Coach Lionel Scaloni.

La Galaxy, however, have already signed three designated players in Javier Hernandez, Cristian Pavon and Jonathan Dos Santos and must find other ways to fit Messi in the league’s wage structure if at all the signing happens. Reports has indicated that the club are prepared to transform Pavon’s loan move from Boca Juniors into a permanent deal to clear any obstructions from signing Messi.

Messi has a contract till 2022 at Barcelona but a clause in his latest agreement allows Messi to leave FC Barcelona for free at the end of every season. All he has to do is inform the club by May of his plans to depart. Meanwhile, the diminutive genius was honoured with the Laureus Athlete of the Year award two nights ago. He shared the honour with F1 racer Lewis Hamilton. Messi will nest be seen in action when Barcelona host Eibar in La Liga.