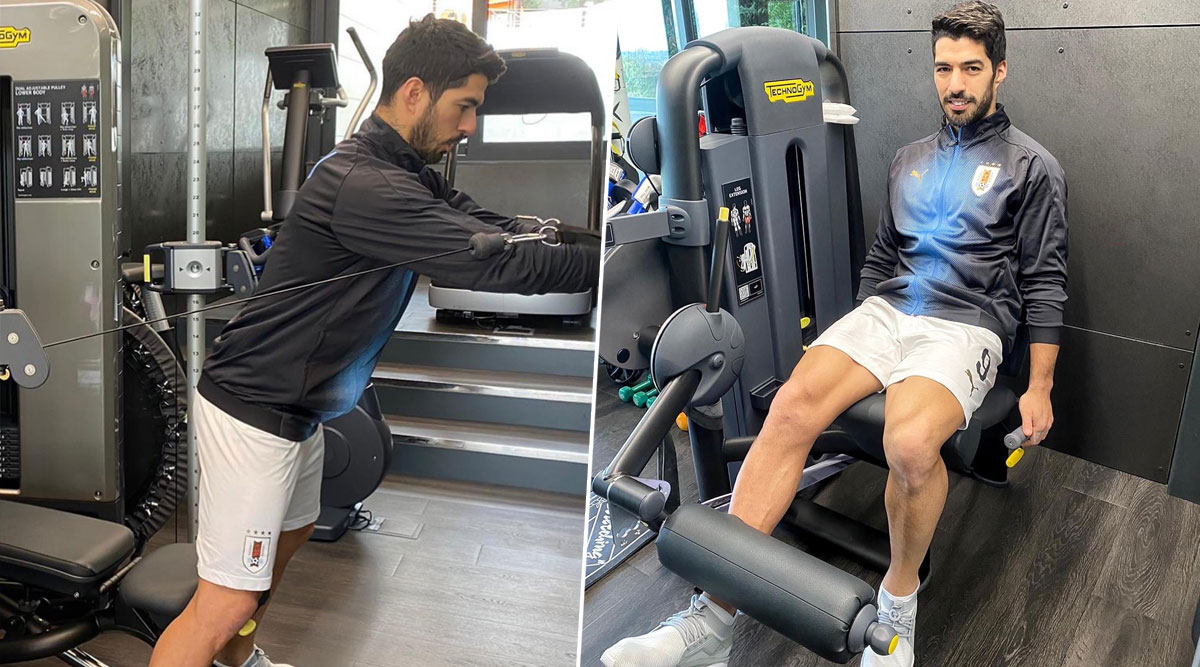 Barcelona forward Luis Suarez has been out injured since mid-January as he underwent knee surgery. The Uruguayan was expected to be out till the end of the season but has returned quicker than expected is currently training from his house in self-isolation. This is good news for the Spanish club as the striker will be available for them once the campaign resumes. Football competitions around the world are currently suspended until further notice due to the rapid growth of the coronavirus outbreak. Barcelona Forward Luis Suarez Set to Undergo Knee Surgery, Could Miss Up to Six Weeks.

Luis Suarez is edging closer to a Barcelona return with each passing day and the 33-year-old has given an update about his injury. The Uruguayan international shared a picture of him on his Twitter account as he continues to work out at home. ‘From home we continue training’ the former Liverpool man captioned his post. Lionel Messi Joined by Son Ciro As Barcelona Captain Shares Home Workout Video Amid Coronavirus Outbreak.

Luis Suarez suffered a nasty injury in January after which many believed that his season was done and dusted. But the Barcelona frontman looks ready to return back onto the field much earlier than planned. According to a report from AS, his progress has been so good that his doctor had told him he will be in contention to play again when La Liga resumes.

The return of Luis Suarez will give a major boost for Barcelona as they look to push forward for domestic and European glory. They have a two-point lead over arch-rivals Real Madrid who are second in team standings.