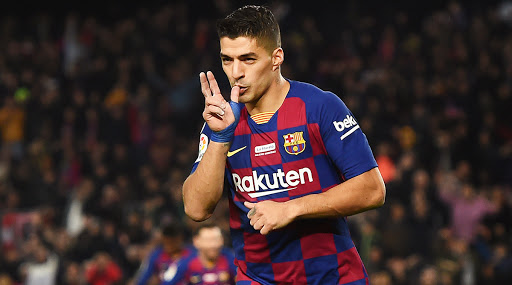 Things are about to get worse for Barcelona as star-forward Luis Suarez is set to undergo knee surgery and will miss a considerable amount of matches. The Spanish club released a statement on January 11, 2020 (Saturday) that the striker will be operated by Dr Ramon Cugat for an injury to the external meniscus if his right knee. The Uruguayan has played 23 matches for Barcelona this season, scoring 14 goals, 11 in the league and three in the Champions League. The 32-year-old is also the leading assist provider in La Liga. Barcelona in Talks With Xavi to Replace Ernesto Valverde as Manager: Reports.

Barcelona frontman Luis Suarez has been playing with slight discomfort in his right knee for quite some time now and has finally decided to get surgery on it. Apparently Suarez has not been fit for a while now and this surgery will rule him out of action for around four to six weeks. With Ousmane Dembele also injured, the Catalan club will have to put their faith in youngsters such as Carlez Perez and Ansu Fati. It was also reported that Luis Suarez needed an injection to play in the Spanish Super Cup clash against Atletico Madrid which the La Liga leaders lost 3-2. The Uruguayan is expected to return in late February, hopefully for Barcelona ahead of the Champions League last-16 clash with Napoli. FC Barcelona vs Atletico Madrid Result, Goal Video Highlights: Angel Correa Winner Sends Atleti to Supercopa De Espana 2020 Final.

With Luis Suarez out of action for around six weeks, the onus will come on French World Cup winner Antoine Griezmann to step up and get the required goals in that time. This will also be a good opportunity for the Frenchman to finally play in his natural ‘No.9’ position as the 28-year-old has been playing in the left-wing since his transfer from Atletico Madrid this summer.