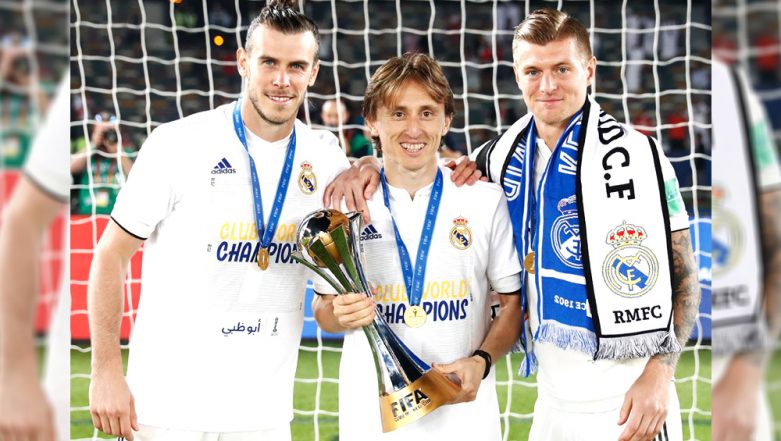 Toni Kroos has now become the first player in football history to win the FIFA World Cup Champions’ title for the fifth time as Real Madrid defeated Al Ain, on December 22. The Madrid midfielder is the only player to win the glorious trophy for the record five times, moving ahead of former teammate Cristiano Ronaldo, who has won it four times.

The German footballer has, indeed, become of the most decorated players as far as the FIFA World Cup tournament is concerned. Winning the crown five times in last six years, is nothing but an outlandish achievement.

Kroos has managed to lift the FIFA World Cup winning trophy in the last three years. In 2016, Real Madrid defeated Kashima Antlers 4-2; whereas, in 2017, the Spanish club had defeated Gremio 1-0.

This year, Real Madrid won the FIFA World Cup trophy after securing a comfortable victory over their opponents Al Ain. FIFA Player of the Year 2018 Luka Modric scored the opening goal of the match in the 14th minute. Marco Llorente doubled their lead in the 60th minute, and Sergio Ramos’ goal in the 78th minute was nothing but the nail in the coffin for Al Ain.

Tsukasa Shiotani scored a late goal for Al Ain in the 86th minute of the match; however, Yahia Nader’s own goal in the injury time saw Real Madrid win the FIFA World Cup Final 2018, as the scoreline read 4-1.

As for Toni Kroos, he has been in the starting line-up of Real Madrid for the last three finals. With five titles under his belt, Kroos has moved ahead from yet another Messi-Ronaldo record!