BEN vs MUM Dream11 Team Prediction for PKL 2019 Semi-Final 2: Tips on Best Picks for Raiders, Defenders and All-Rounders for Bengal Warriors vs U Mumba 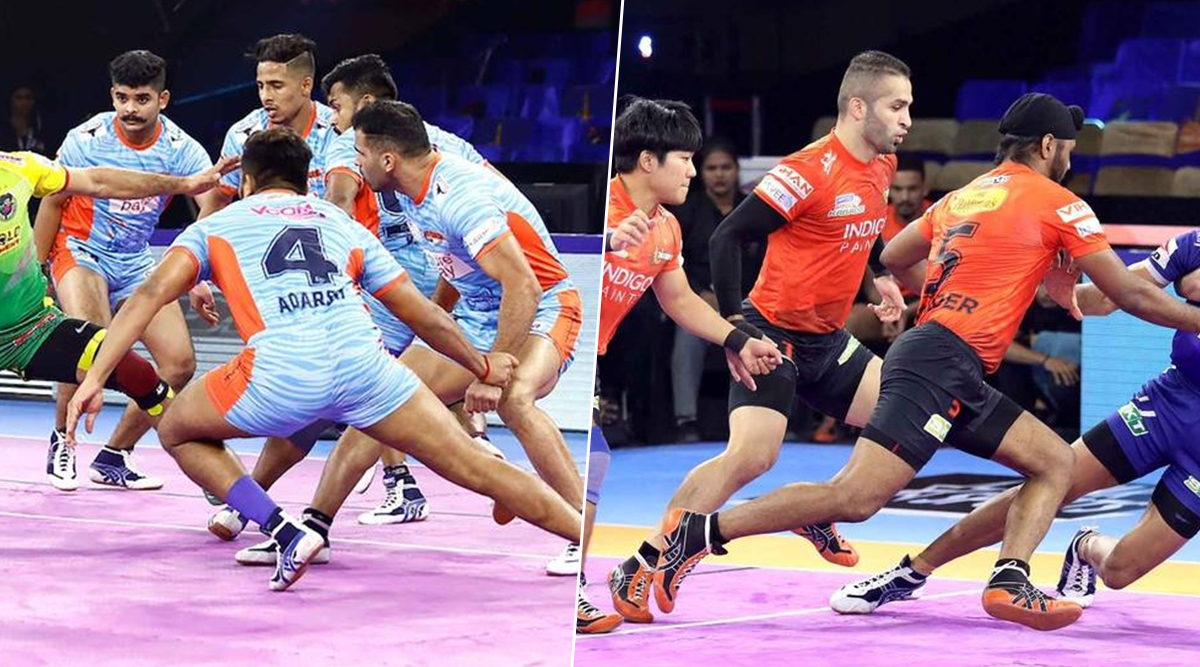 Bengal Warriors will play U Mumba in the 2nd semi-final of Pro Kabaddi League (PKL) 2019. The BEN vs MUM clash will see a feisty competition between Bengal Warriors vs U Mumba on October 16, 2019. It will be the second game on the match-day, i.e. Wednesday, and hence it is slated to begin at 08.30 PM IST. The BEN vs MUM, PKL Season 7 match, will be taking place at the Eka Arena by TransStadia, in Ahmedabad. Fans, who follow the fantasy game, like Dream11, can find every tip to build their own teams for the 2nd semi-final match of PKL 2019.  Bengal Warriors Vs U Mumba Live Pro Kabaddi Score Match Semi-Final 2.

Bengal Warriors had a great season, as they won 14 of their 22 games, which earned them 83 points and second spot on the PKL 2019 Points Table, till the league stage. The performance helped them book a direct berth in the PKL 2019 semi-finals. As for U Mumba, they won 12 matches out of their 22 games this season. With 72 points, they were on the 4th spot of PKL Playoffs 2019.

In the 2nd Eliminator game against Haryana Steelers on October 14, U Mumba had the last laugh as they won the game 46-38 in their favour. With such a big win, they will be hoping to carry their stupendous form in the semi-finals against U Mumba. For the fans who follow the Dream11 Kabaddi fantasy game, they will be delighted to read these tips, tricks, and team predictions for the upcoming PKL match. Here we will analyse the players’ current performance and ratings to assist you in making a strong Dream11 team of best defenders, all-rounders, and raiders for the BEN vs MUM, PKL 2019 contest tonight.

As per the recent Dream11 rules, you can pick 1-2 all-rounders in this PKL team. For this PKL match, M Esmaeil Nabibakhsh (BEN) is the sole all-rounder who should be picked up in this Dream11 side.

As per the newest Dream11 rules, you can choose 2-4 defenders in this PKL side. In this PKL match, the three top players to be chosen as raiders in this PKL team should be Maninder Singh (BEN), Abhishek Singh (MUM), and M Athul (MUM).

Looking at how the players have played in this PKL season, the two players who should be appointed as captain and vice-captain are Maninder Singh and Abhishek Singh respectively. With the PKL 2019 Final’s berth at the stake, it will be a do-or-die situation for both the teams. Stay tuned to LatestLY for all the latest news and updates about Pro Kabaddi League (PKL) Season 7.