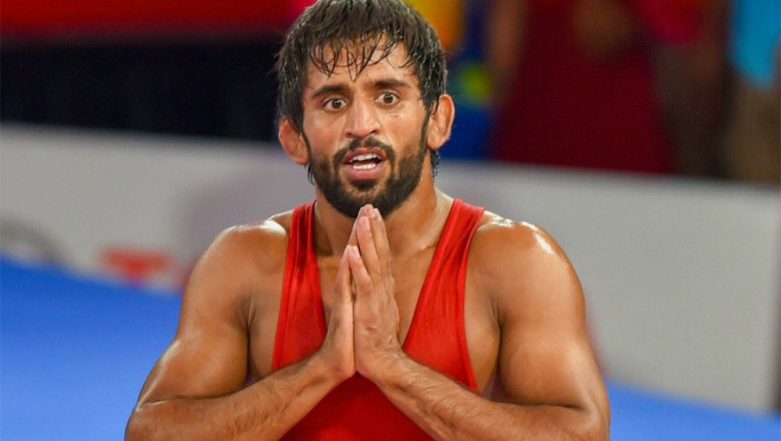 New Delhi, May 11: Indian sportspersons are often seen failing dope tests because of the lack of awareness among the athletes and their coaches. In a first, the Wrestling Federation of India (WFI) has decided to introduce a system wherein not just the wrestlers, but also their coaches will be educated about banned substances. Trainers Also to Be Penalised if Wrestler Found Positive in Dope Test: WFI.

Speaking to IANS, WFI assistant secretary Vinod Tomar said that the federation is intending to educate even those coaches who are outside the national camp on banned substances. He said that while it may not be possible to cover the entire country, the federation will identify look to cover those places that are known to provide quality wrestlers.

"The president (WFI president Brij Bhushan Sharan Singh) is having conversations with the National Anti-Doping Agency about it. We will make a programme for it after the Lok Sabha elections," he said.

The federation on Friday warned coaches in the national camps that if any wrestler fails a dope test during the camp or in an international competition, the coaches too shall face the music.

"The federation has decided that if results of dope tests of any wrestler during national camp and international championships are found to be positive, then not only the athlete, but also all the trainers at the camp will be barred and penalised," WFI said in the statement.

"So when a wrestler gets caught up in a doping fiasco, the coach is just as responsible as the athlete. The federation's responsibility is to ensure that the fine that may be incurred from the United World Wrestling (UWW) on us is paid up and to ensure that such a situation is avoided," said Tomar. Wrestling Federation of India: Bajrang Punia, Vinesh Phogat, Pooja Dhanda Get Grade A Contracts; Sakshi Malik, Sushil Kumar in Grade B.

The UWW rules states that if an anti-doping rule violation is committed by an athlete "during an official competition on the United World Wrestling calendar, a 20,000 Swiss Francs fine will be imposed on the Athlete's National Federation".