Govind Dhiman has been a source of inspiration for many people at such a young age. He is a professional digital marketer, a social media content strategist, and a budding organizer who has achieved everything thanks to his desire to learn more and his dedication to his job. 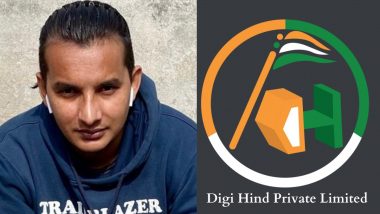 Through its exponential growth, Govind Dhiman, Founder & CEO of Digi Hind Private Limited, digital marketing has emerged as a modern wave of commercialization, pushing conventional approaches to the back of the pack. Digital marketing, in conjunction with social media, has evolved into an effective messenger of the world's expanding population. Govind Dhiman is the leading entrepreneur of the digital environment, and he's given other aspiring digital marketers a different definition of success.

Govind Dhiman has been a source of inspiration for many people at such a young age. He is a professional digital marketer, a social media content strategist, and a budding organizer who has achieved everything thanks to his desire to learn more and his dedication to his job. He ran into just too many problems on his journey, but his strong willpower paved his way to becoming a massive success by reaching a turnover Digi Hind of 1 Cr in 9 months.

Govind Dhiman has made a reputation for himself as a successful entrepreneur who aims to take his company global and is preparing to launch his social networking agency shortly. “I grew up in a middle-class household, so I did all I could to bring a smile to his family's faces and give them a happier life. Since I came from Haryana, I had trouble interacting. I encountered just too many issues along this journey.” This, according to Govind Dhiman, Founder and CEO of Digi Hind Private Limited, has had an unprecedented effect on people's personal and professional relationships, which has taken him to where he is today.

Returning to the original query, was it simple for Govind Dhiman to earn so much in such a short span of time? When asked, he says, "While you're on an unknown journey, it's inevitable that you'll get tired, lost, and everything you do and where you go will make little sense, which can cause you to retrace your steps, but you can never let these temporary setbacks prevent you from achieving what's meant for you," and based on his answer, it's clear that his experience as a digital marketer has been tough.

He was still looking for part-time work to help him balance his pocket money and hostel expenses when pursuing his diploma. One of his non-hostel acquaintances approached him one day and handed him pamphlets to give out in front of the Doon Valley Clg in Karnal. He became a true friend of mine from that day forward. His friend required assistance in establishing a digital marketing office in Nilokheri. He requested that I operate the machine at that time. He told him that he would be expected to do some typing work on the machine. Since he was in desperate need of support, I said, "Ok, I'll do it."

All in the world wants to live a prosperous and luxurious existence, but are they willing to put forth the necessary effort to do it? Govind Dhiman, on the other hand, is a one-of-a-kind person who broke the norms and did all he could to make a reputation for himself, and now aspiring digital marketers look up to him and learn from him.