As of now, Hangouts for G Suite is a workplace version of the chat app, which will continue to exist after the company decided to postpone its discontinuation in August last year. 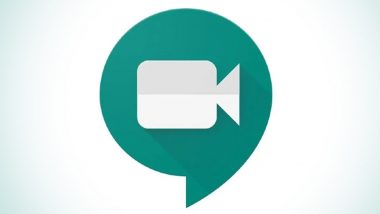 Google, the leading technology giant has officially removed the Hangout brand from its enterprise G Suite. The company went on to rebrand Hangouts Chat as Google Chat, according to the report from The Verge. Apart from Hangouts Chat, the company already renamed its popular video conferencing app from Hangout Meet to Google Meet. The latest modification was initially hinted by an updated G Suite support document revealing the names - Google Chat and Google Meet. The company added prefix Google to the rebranding to avoid any confusion with the other version of Chat. The name Google inexplicably also gave the apps its relatively new RCS-based Android messaging protocol. Gmail, Snapchat &#038; Nest Officially Up After An Outage on Google Cloud.

As far as the Hangouts brand is concerned, it will continue to be Google's consumer chat app. The Hangouts chat was rolled as a spiritual successor to Gchat when the company decided to kill its social network - Google+ in the year 2013. So, we are not expecting any changes to the consumer classic version of the Hangouts. Interestingly, it is been a long road for Google's consumer chat app over the last seven years. But the product from Google never managed to achieve the amount of popularity as Gchat. The application also competed with nearly a half-dozen other chat and video messaging apps that Google kept on introducing all these years, courtesy of Google's messy and misguided messaging strategy. Google Offers Stadia Online Video Game Service for Free During Coronavirus Pandemic.

As of now, Hangouts for G Suite is a workplace version of the chat app, which will continue to exist after the company decided to postpone its discontinuation in August last year. The Google Chat, that is what the app will be called from now on, will be more of a slack competitor for more robust workplace productivity messaging than the one-to-one messaging app such as Gchat. On the other hand, the web Gmail account for Android or iOS devices still continue to get access to the original, consumer version of the Hangouts for the future.

For starters, Google Meet is a video conferencing app that can feature up to 30 users during a call at once. On the other hand, Google Chat is the direct messaging app wherein the users can share Google Docs, Calendars and files apart from having a conversation in groups or as individuals.

(The above story first appeared on LatestLY on Apr 10, 2020 04:54 PM IST. For more news and updates on politics, world, sports, entertainment and lifestyle, log on to our website latestly.com).