Meta is reportedly planning to launch a digital currency called 'Zuck Bucks' -- named after its Founder Mark Zuckerberg -- and virtual tokens, coins and other financial services, after its pet cryptocurrency project failed to take off. 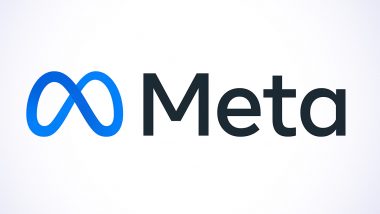 San Francisco, April 7: Meta is reportedly planning to launch a digital currency called 'Zuck Bucks' -- named after its Founder Mark Zuckerberg -- and virtual tokens, coins and other financial services, after its pet cryptocurrency project failed to take off.

"The company is seeking alternative revenue streams and new features that can attract and retain users, as popularity falls for its main social networking products such as Facebook and Instagram -- a trend that threatens its $118 bn-a-year ad-based business model," the report mentioned on Wednesday.

"Zuck Bucks" will not be a cryptocurrency but more like in-app tokens that would be centrally controlled by the company, similar to those used in gaming apps like 'Robux' currency by popular kids' gaming platform Roblox.

Roblox has built a massive business selling 'Robux', and Meta could try to emulate some of that success on its own social networks. Meta is also planning to create "social tokens" or "reputation tokens", which could be issued as rewards for meaningful contributions in Facebook groups.

The company is also aiming to produce "creator coins" for influencers on its photo-sharing platform Instagram. "Insanely great. Please let this be real," posted Twitter founder Jack Dorsey on Thursday on the Meta plans to create "Zuck Bucks".

Meanwhile, Meta is planning to launch a pilot for posting and sharing non-fungible tokens (NFTs) on Facebook next month. NFTs may be monetised via "fees and/or ads" in the future, according to the report.

Facing regulatory hurdles, the cryptocurrency dream of Zuckerberg was officially over as the company in February announced it has sold its digital coin known as Diem for around $200 million to Silvergate, a crypto-focused bank.

Originally launched as Libra and later renamed as the Diem Association, the cryptocurrency initiative faced regulatory backlash, and the US Federal Reserve was a key opponent to Diem launching. Facebook and 20 partner organisations formally joined the digital currency project during a meeting in Geneva in October 2019.

(The above story first appeared on LatestLY on Apr 07, 2022 06:08 PM IST. For more news and updates on politics, world, sports, entertainment and lifestyle, log on to our website latestly.com).