Nokia has officially announced the launch of a new entry-level smartphone called Nokia 1.4. It comes as a successor to the Nokia 1.3 phone that was launched in the market last year. 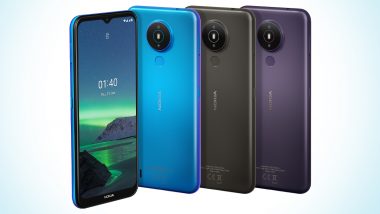 Nokia has officially announced the launch of a new entry-level smartphone called Nokia 1.4. It comes as a successor to the Nokia 1.3 phone that was launched in the market last year. The updated Nokia 1.4 handset gets a bigger battery and an improved display screen. Available from today onwards, the handset gets a starting price of $99, which is approximately around Rs 7,200. Nokia 1.4 Full Specifications, Features, Variants & Prices Leaked Ahead Of Launch.

As far as specifications are concerned, the phone gets a 6.51-inch LCD IPS display with an HD+ resolution and 20:9 aspect ratio. The predecessor featured a slightly smaller 5.71-inch display. Moreover, the company has increased the battery capacity from 3000mAh to 4,000mAh battery. 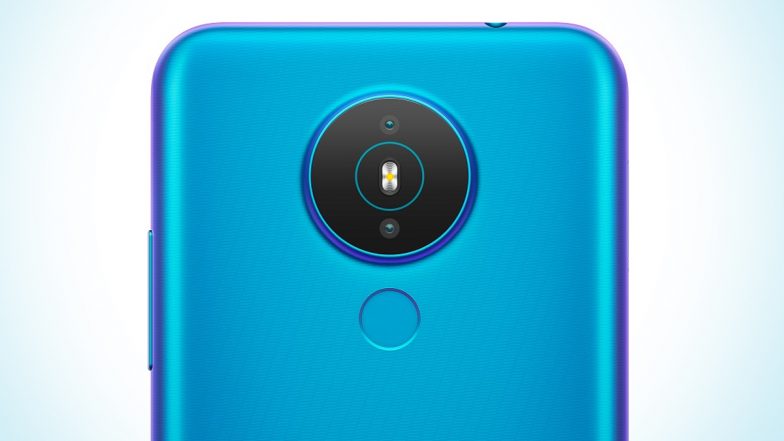 Feel more connected to the people and things you love with the Nokia 1.4. The 6.51” HD+ screen is perfect for learning and playtime with the kids, and with a 2-day battery life and the versatile Camera Go app this is a phone you can count on. pic.twitter.com/0tPJEmRIkW

It comes powered by a Qualcomm Snapdragon 215 chipset mated to an Adreno 308 GPU. The SoC is clubbed to up to 3GB of RAM and 64GB of internal storage which can be expanded up to 128GB via microSD card. Talking about photography, the phone comes with a dual rear camera module with an Oreo-style layout. It houses an 8MP main camera assisted by a second 2MP macro shooter. It also gets a rear-mounted fingerprint sensor. Upfront, there is a 5MP camera for selfies and video calling. For connectivity, the phone comes with Wi-Fi b/g/n, Bluetooth 4.2, GPS, as well as a 3.5 mm headphone jack, and FM radio. It runs on Android 10 Go Edition out of the box and the phone maker suggests it will receive Android 11 Go later on.

(The above story first appeared on LatestLY on Feb 05, 2021 03:02 PM IST. For more news and updates on politics, world, sports, entertainment and lifestyle, log on to our website latestly.com).