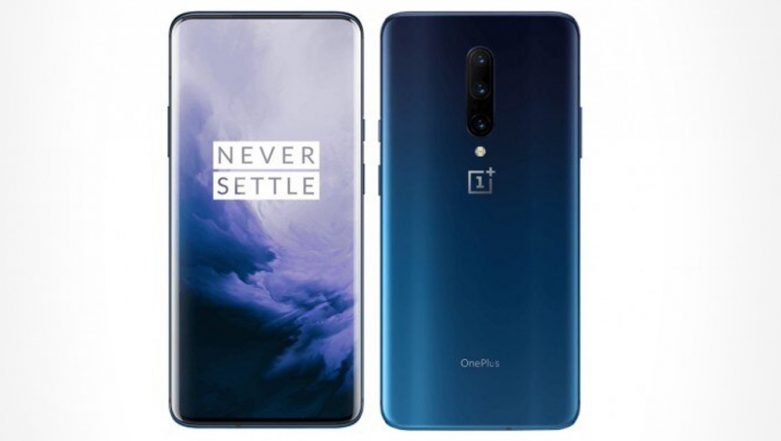 The Chinese smartphone maker, OnePlus is eyeing to raise the benchmark set by OnePlus 6T with its upcoming OnePlus 7 Series. The new upcoming flagship series has been subjected to end number of leaks and speculations ever since the phone maker revealed its working on the new generation OnePlus device. The handset maker has already confirmed that there will be at least two devices this time. OnePlus 7 Series will be launched on May 14 across multiple markets including India. The phones will be launched at an event in Bengaluru. Though there have many leaks in the past, the new leaks seem to be confirming the previous ones. OnePlus 7 Pro Flagship Smartphone To Feature HDR10+ Certified Display.

We already know that OnePlus 7 Pro will be about all-screen experience along with a pop-up selfie camera, a smooth 90Hz display, powerful specs and some flagship cameras. However, the leak confirms that OnePlus 7 Pro will carry similar specifications, but with slight variations. The phone will carry a 6.67-inch Fluid AMOLED display with a resolution of 3120 x 1440 pixels. The phone will also borrow the in-display fingerprint scanner from OnePlus 6T. OnePlus 7 Pro: Expected Prices, Launch Date, Pre-Orders, Features, Colours and Specifications.

The Chinese phone maker have been employing flagship grade chipsets on its handsets, and the same is expected on the new generation OnePlus 7 Series. If the speculations are to be considered, the phone will be powered by the latest Snapdragon 855 chipset that will be coupled with up to 12GB of RAM and up to 256GB of ROM. Lately, OnePlus also confirmed that the device will sport faster UFS 3.0 storage. The device will be backed by the latest version of Android 9 Pie based on the new version of Oxygen OS. OnePlus 7 Pro India Prices & Specifications Leaked Online Ahead of May 14 Launch.

Disclaimer- Prices MAY change before launch under some circumstances and I can't be 100% sure about such leaks.#OnePlus7 Pro #OnePlus7Series #OnePlusIndia pic.twitter.com/Rgo2oD8kpA

For photography, the company is focusing on providing enhanced camera experience which can be confirmed from the leaked specification sheet. The OnePlus 7 Pro smartphone will be equipped with a 48MP SONY primary sensor, 16MP wide-angle lens and an 8MP telephoto lens with optical zoom. The front camera will be a 16MP Sony sensor with EIS. The Pro derivative of OnePlus 7 will sport a dual stereo speaker setup and it will be backed by a massive 4000 mAh battery along with 30W Warp Charge. More specific details will be revealed at the launch event, which is scheduled to happen on May 14.