OnePlus Will Be a Sub-Brand of OPPO, Reveals a Leaked Memo: Report

As the global smartphone brand OnePlus recently revealed that it is merging with its sister company OPPO, a new leaked memo has disclosed that the former will become the latter's sub-brand. 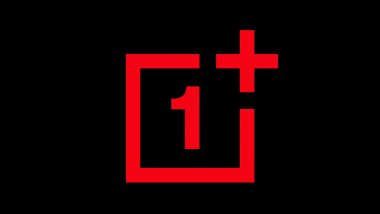 Beijing: As the global smartphone brand OnePlus recently revealed that it is merging with its sister company OPPO, a new leaked memo has disclosed that the former will become the latter's sub-brand. Both the companies have not revealed how closely they would integrate. But, a tweet from a known tipster shared the leaked internal memo that was for the OnePlus PR team, GizmoChina reported. OnePlus Partners With Sister Smartphone Brand Oppo To Create Better Products.

The memo explains the integration of the two companies, stating that "with the integration, OnePlus becomes a brand within OPPO, however, will continue to function as an independent entity".

The memo further added that the OnePlus CEO Pete Lau will become the chief product officer at OPPO, while also being responsible for product strategies for both Chinese smartphone brands as well. In other words, the memo has confirmed that OnePlus will be a part of OPPO, the report said.

"With the merging of both the firms, we will have more resources at hand to create even better products. It will also allow us to be more efficient in our operations," the memo reads.

"I am confident that this change will be positive for our community and our users. With this deeper integration with OPPO, we will have more resources at hand to create even better products for you," Lau said earlier.

Recently, in an official forum note, Lau said that it will allow them to be more efficient, for example, bringing faster and more stable software updates for OnePlus users. He informed that he took on some additional responsibilities to oversee product strategy for both OnePlus and OPPO last year. However, he also mentioned that the OnePlus brand will continue to operate independently, focused on providing the best possible products and experience as they have always done.

(The above story first appeared on LatestLY on Jun 22, 2021 05:24 PM IST. For more news and updates on politics, world, sports, entertainment and lifestyle, log on to our website latestly.com).