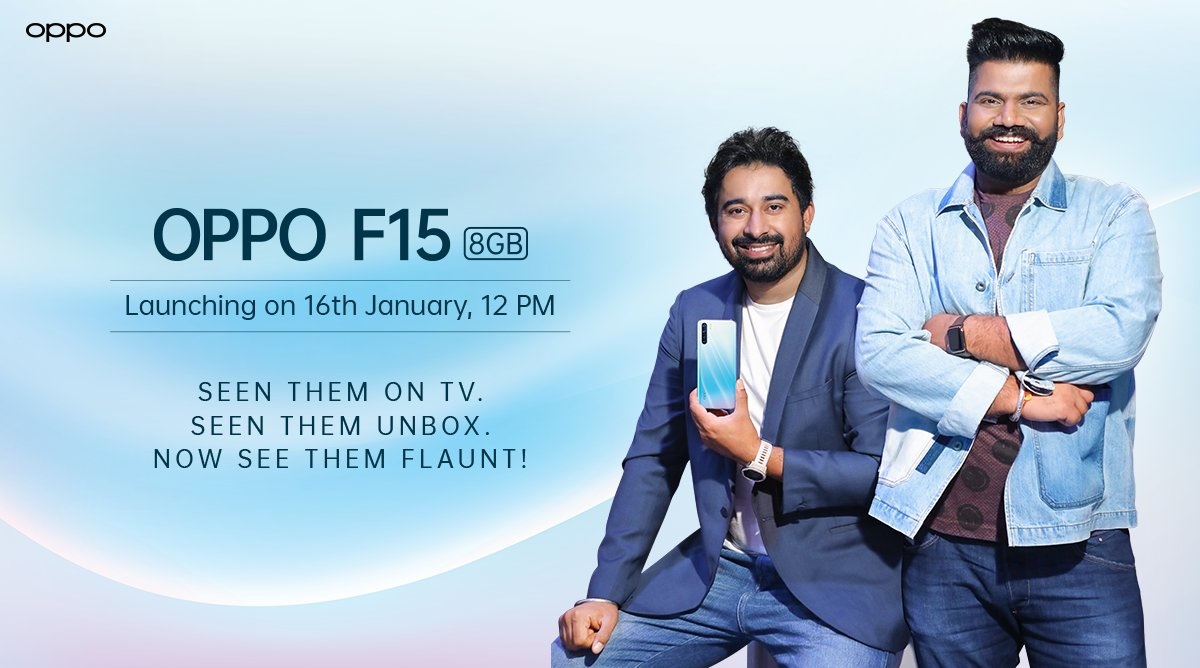 Oppo F15 smartphone will be making its India debut today, as the Chinese phone maker will be announcing the prices for the much-awaited phone. The company has been teasing the forthcoming device on its social media accounts. The smartphone will be retailed online via Amazon India. Additionally, the e-retailer has already listed a teaser page on its website. The affordable smartphone from Oppo is expected to sport an in-display fingerprint sensor, 8GB of RAM, a 48MP quad rear camera, fast charging and more. Oppo To Launch New Oppo F15 Smartphone in India on January 16; Expected Price, Variants, Features & Specifications.

The launch event of Oppo F15 is slated to commence at 12 pm IST onwards. The event can be watched online as the company will be live streaming via the official YouTube channel. The interested fans can head to the official Facebook page to watch the live telecast of the event.

Moreover, the landing page on Amazon also reveals key specifications of Oppo F15. We already know that the phone will pack 8GB of RAM, 128GB of internal storage, 48MP quad cameras, in-display fingerprint sensor, VOOC flash charge 3.0 and more. It also reveals that the smartphone will carry a sleek design with a thickness of 7.9mm and weight of 172g. Additionally, a new teaser from Oppo on Twitter also confirmed that the smartphone would be fuelled by a 4,000 mAh battery. OPPO F15 Series Smartphone Coming in India Soon.

Are you ready to #FlauntItYourWay? @rannvijaysingha and @TechnicalGuruji are coming to launch the stylish and stunning #OPPOF15! Don't forget to tune in on 16th January at 12 PM. Stay tuned for more!https://t.co/DxXIg9Xr1r pic.twitter.com/mxHhu7xhFJ

The smartphone is expected to get a 6.4-inch AMOLED screen with 1080x2400 pixels. Under the hood, there could be a MediaTek MT6771V Helio P70 SoC with Mali G72 MP3 GPU. It is rumoured that the Chinese phone brand will launch the smartphone in a single variant with 8GB RAM + 128GB storage.

If launched in the price bracket of Rs 15,000 to Rs 22,000, the device will take on Redmi Note 8 Pro, Realme 5 Pro and other smartphones in the segment. However, the top-end variant will compete against Realme X2 and Redmi K20.