Oppo, the Chinese smartphone maker is rumoured to launch its Reno6 Z smartphone soon. Several specifications of the device have been leaked in the past and now it is spotted on the Geekbench website which reveals its several key specifications. 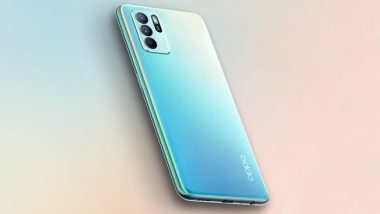 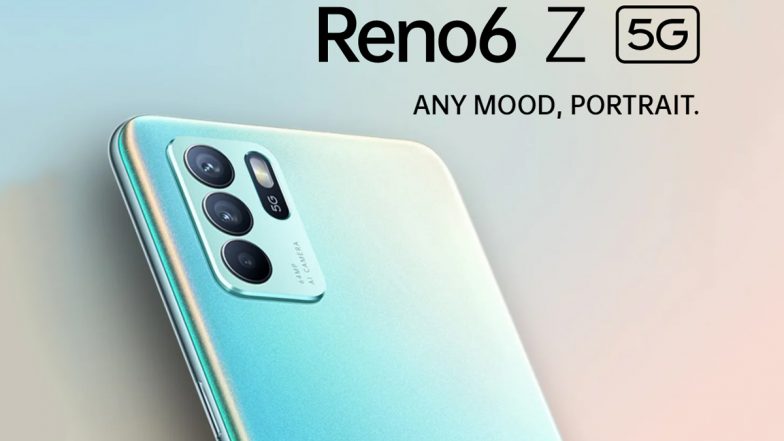 As per the Geekbench website, the Reno6 Z is listed with the model number CPH2237. This same model number was reportedly spotted on the NBTC certification site in Thailand. Moreover, the Geekbench listing reveals that the handset will be powered by the MT6853V/TNZA codenamed chipset which could be MediaTek Dimensity 800U. The device listing also shows 8GB of RAM.

Previous reports have claimed that the phone will feature a 6.43-inch FHD+ AMOLED display with a refresh rate of 60Hz. It is likely to come powered by MediaTek Dimensity 800U SoC coupled with 8GB of RAM and 256GB of internal storage. The handset is tipped to pack a 4,310mAh battery with 30W fast charging support. For photography, the device will get similar cameras like that of the Reno6 phone which includes a 64MP main camera, an 8MP ultra-wide-angle lens and a 2MP macro shooter. At the front, there might be a 32MP snapper for selfies and video calls.

(The above story first appeared on LatestLY on Jul 12, 2021 12:30 PM IST. For more news and updates on politics, world, sports, entertainment and lifestyle, log on to our website latestly.com).