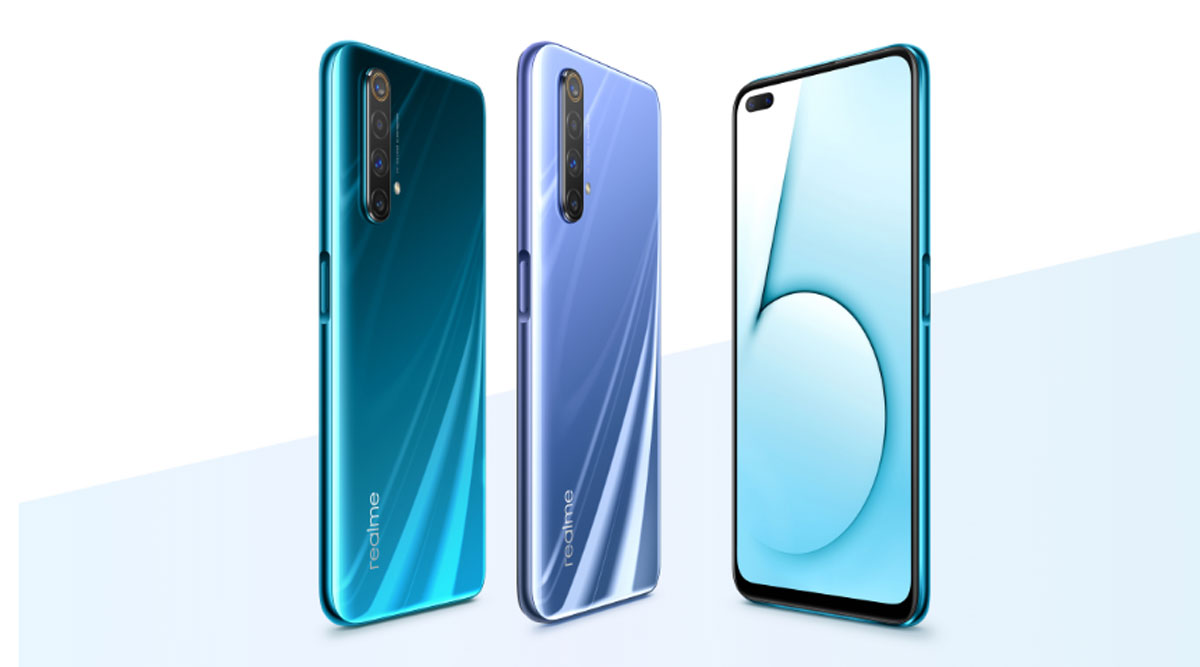 Realme, the Chinese smartphone manufacturers finally launched the much-awaited Realme X50 5G phone in China. Launched at CNY 2,499 for the base model, the phone not only comes with 5G support as well as Android 10 OS. The main underlines of the new Realme X50 are 6.57-inch display, 64MP quad rear cameras, a 7nm Snapdragon 765G SoC, Android 10 and much more. Additionally, the Chinese phone brand also introduced Masters edition of Realme X50. The company also launched the True Wireless Buds Air earphones in China. The earbuds are available in India with a price tag of Rs 3,999. New Smartphones To Be Launched This Month: Honor 9X, Realme X50 & Oppo F15 Series

As far as the specifications are concerned, the Realme X50 5G sports a 6.57-inch display with FHD+ resolution and refresh rate of 120Hz. The phone misses out on in-display fingerprint sensor, but gets a side-mounted scanner. Under the hood, the smartphone packs a 7nm Qualcomm chipset, which is a Snapdragon 765G chipset. The processor comes mated with up to 12GB of RAM and up to 256GB of internal storage. There is no provision for memory expansion.

The company claims that the smartphone supports dual channel Wi-Fi and 5G allowing it to remain connected to both the networks at the same time. The newly launched Realme X50 runs Android 10 based on ColorOS 7 out of the box. The phone is backed by a massive 4,200mAh battery with 30W VOOC 4.0 fast charging technology. For photography, the 5G handset gets dual camera module upfront and quad cameras at the rear. The front camera setup comprises of a16MP sensor and an 8MP snapper. The rear module features a 64MP primary sensor, a 12MP secondary sensor, an 8MP camera and a 2MP sensor. For gaming enthusiasts, the device comes with a Game Boost feature ensuring better gaming experience. Realme X50 5G Smartphone Reportedly To Feature Over Two-Day of Battery Life