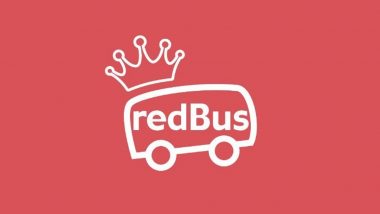 "For example, it is tested to operate smoothly, and book IRCTC Train Tickets, even in low internet bandwidth areas, on phones with low memory configuration and those running older Android versions. In addition to booking and viewing the tickets on the redRail App, customers can also check PNR confirmation status and live location of the train," Sangam said. "The app will keep the user updated periodically when there is a material change in the ticket confirmation status," he added.

"redRail is a rail ticket booking service launched by redBus, in collaboration with IRCTC (Indian Railway Catering and Tourism Corporation), as the authorised partner. All of IRCTC's scheduled train services, which include about nine million daily seats, are available for booking on the redRail app," Prakash Sangam, CEO of redBus, told IANS.

Sangam mentioned that the app has been designed keeping in view the issues faced by users across the country. The company said that it plans to soon launch the app in leading Indian languages to help users book travel in their native languages.

(The above story first appeared on LatestLY on Apr 12, 2022 04:39 PM IST. For more news and updates on politics, world, sports, entertainment and lifestyle, log on to our website latestly.com).