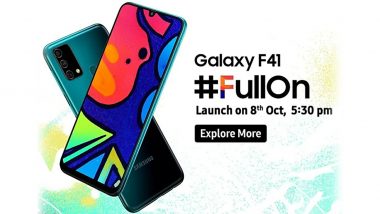 Samsung will be launching the Galaxy F41 smartphone in India on October 8, 2020. It will be Samsung's first phone under the new F Series. This information was confirmed via Flipkart as a dedicated teaser page of the phone has been listed on e-retailer's official website. The teaser page not only gives out on the launch date but also reveals key specifications of the phone. The upcoming Galaxy F41 will sport a Super AMOLED display screen, 6000 mAh battery, and more. Samsung Galaxy S20 Fan Edition Launched at $699, Check Online Sale, Features, Variants & Specifications.

As per the teaser image listed on Flipkart, the Samsung Galaxy F41 will be unveiled on October 8 at 5:30 pm IST. As of now, there's no detail if the unveiling event will be a virtual one or not. Considering the ongoing situation in the country, we believe that it would be an all-digital event.

The Flipkart page also reveals some of the key specifications including a 6,000mAh battery, a Super AMOLED Infinity-U display, a triple rear camera setup, and a fingerprint scanner on the back. The phone will sport a teal-ish colour option. 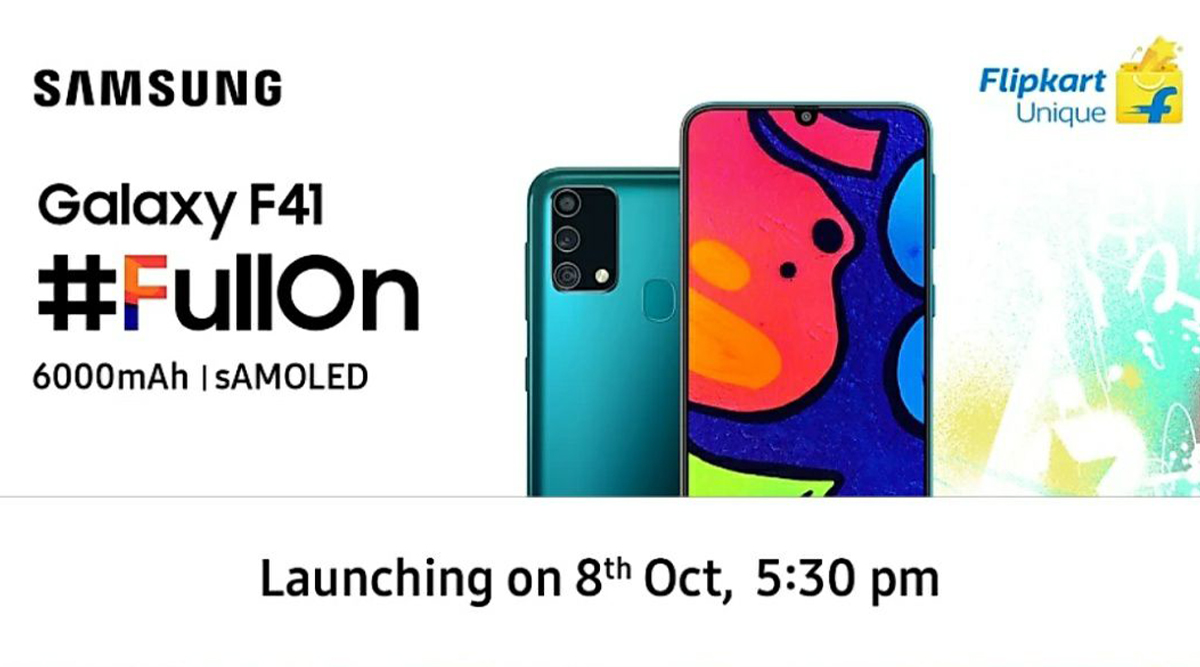 Previously, a phone with the model number, SM-F415F was spotted on Geekbench, which is believed to be Samsung's upcoming phone under the F Series. The listing suggested that it will get an Exynos 9611 SoC, 6GB of RAM, and Android 10 OS. The phone is also expected to get a USB Type-C port, a 3.5mm headphone jack, and a single bottom-firing speaker. 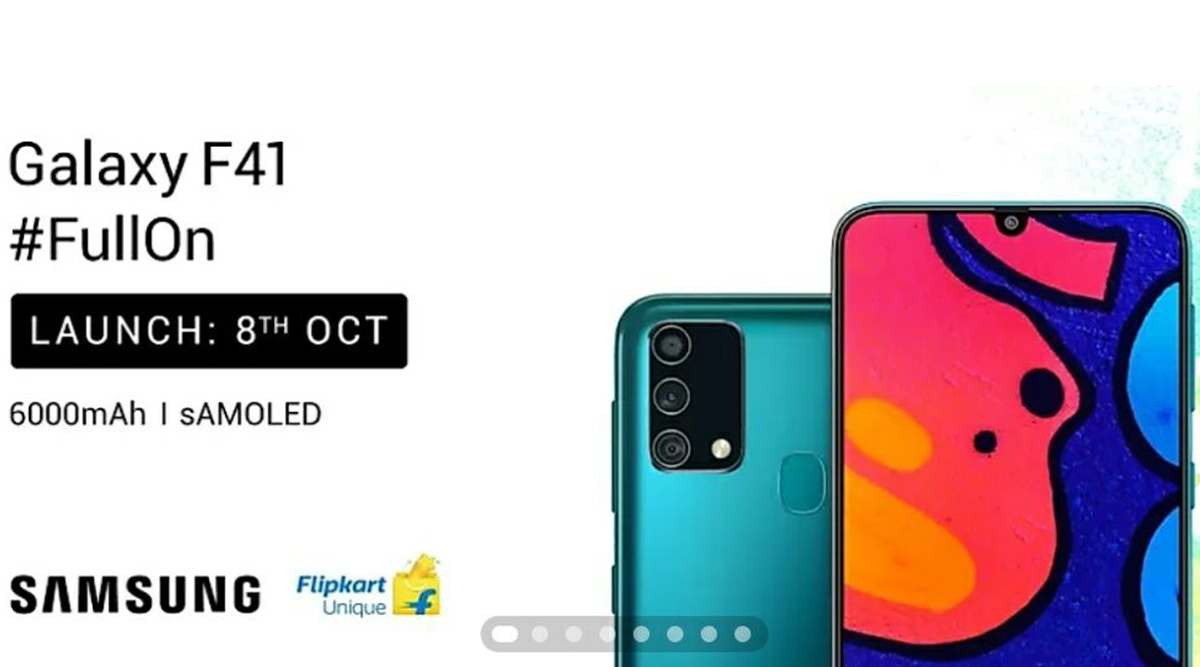 If the market reports are to be believed, the Galaxy F41 will be offered with a choice of two RAM and storage options. Apart from this, the phone will also support fast charging option. It is likely to come in three colours – Black, Blue, and Green. The upcoming Galaxy F41 is expected to be priced somewhere in the range of Rs 15,000 to Rs 20,000.

(The above story first appeared on LatestLY on Sep 24, 2020 01:01 PM IST. For more news and updates on politics, world, sports, entertainment and lifestyle, log on to our website latestly.com).