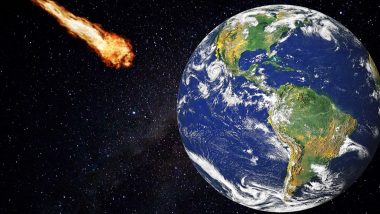 This year, other than reading about all tragedies happening around the world, we also read of potentially hazardous space rocks flying past the earth. While each of the asteroids is being carefully noted and observed by the scientific community, a major one was missed last month. When we were already reading of potential doomsday theories based on Mayan calendar, an asteroid 2020 LD flew closely by the planet, much closer than the moon. And scientists found out about it only two days after its flyby. It is a notable asteroid as it is said to be the biggest asteroid to have a flyby within a lunar distance since 2011. Asteroid Day 2020: From 'What is Asteroid' to 'What Happens if Asteroid Hits Earth', FAQs About Space Rocks Answered.

As per Business Insider, The asteroid was nearly 100 metres in diameter, bigger than Taj Mahal. It was travelling at a speed of 60,826 miles per hour. It flew past the Earth on June 5 and scientists discovered this near-Earth approach two days later, on June 7. After analysing the orbit they realised it already had its close approach to the Earth. As per the European Space Agency’s Near-Earth Object Coordination Centre, the distance of 2020 LD was a mere 0.8 lunar distances away. So this space rock flew at a distance of 3,07,454 kilometres away from the planet.

It is not uncommon for asteroids to go by undetected since over thousands of space rocks and debris pass through every few days. This year, 45 asteroids have flown past the planet undetected but 2020 LD remains the largest so far. Had it hit the planet, it would have resulted in major devastation, more than just leaving a crater on the ground. Well, those who were waiting for the doomsday may not be so happy after all!

(The above story first appeared on LatestLY on Jul 07, 2020 07:26 PM IST. For more news and updates on politics, world, sports, entertainment and lifestyle, log on to our website latestly.com).