Serial Hacker 'Gnosticplayers' Back With 26 Million Users’ Personal Data, Puts It for Sale on a Dark Web Marketplace

The companies impacted include GameSalad, Estante Virtual, Coubic, LifeBear, Bukalapak and Youthmanual. GameSalad is a game-development platform with 75 games that reached the top 100 in Apple's App Store. 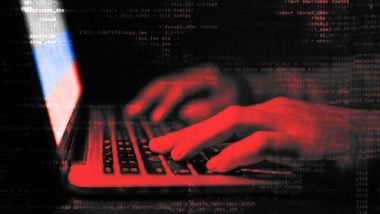 San Francisco, March 19: The hacker, who earlier stole and posted personal data of close to 843 million users of various popular websites on a Dark Web marketplace, has now put up the fourth set of nearly 26 million hacked databases for sale. Hacker Gnosticplayers has put up the personal data of 26 million people using the services of six different companies globally for a value of up to 1.4231 bitcoin, or around $4,940, ZDNet reported late Monday.

"I got upset because I feel no one is learning, I just felt upset at this particular moment, because seeing this lack of security in 2019 is making me angry," the hacker told ZDNet. The stolen information mainly includes account holders' names, email addresses and passwords.

(The above story first appeared on LatestLY on Mar 19, 2019 07:14 PM IST. For more news and updates on politics, world, sports, entertainment and lifestyle, log on to our website latestly.com).