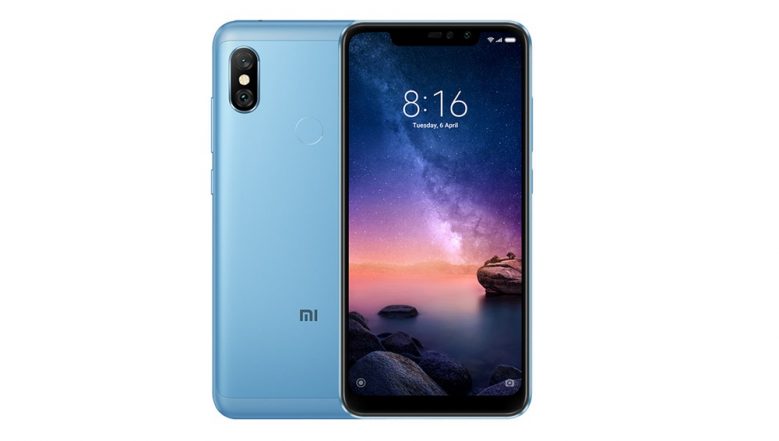 On the specification front, the new Redmi Note 6 Pro from Xiaomi sports a slightly bigger 6.26-inch display than the predecessor. The phone also carries a notch on the top of the display with an aspect ratio of 19:9. The smartphone will be offered in three exciting colour options - Black, Blue and Rose Gold.

Talking about the optics, the forthcoming Redmi Note 6 Pro features the same rear camera module, as seen on the Redmi Note 5 Pro. It comprises of a 12MP primary snapper and a 5MP secondary shooter. However, the company has changed the sensors. The biggest change is upfront wherein the phone packs dual 20MP cameras, instead of a single 20MP camera on Note 5 Pro. Xiaomi Redmi Note 5 Pro, Mi A2 & Redmi Y2 India Prices Slashed by Rs 1,000.

Powering the smartphone is the same Snapdragon 636 processor that does duty on the previous model. The chipset will be mated to 4GB/6GB of RAM and 64GB storage options. Running MIUI 10 based on Android Oreo, the phone will be backed by a 4000mAh battery with Qualcomm’s QuickCharge 3.0 technology.

When launched, the new Xiaomi Redmi Note 6 Pro will take on the rivals such as Honor 8X, Asus ZenFone Max Pro M1, Realme 2 Pro in the mid-range smartphone segment. As far as the prices are concerned, the company will be launching the device with a starting price of around Rs 14,000 for the  base variant. The top end variant is likely to be priced upto Rs 18,000.